Company licenses content for distribution via WeKids in China and U Music TV in the U.K. 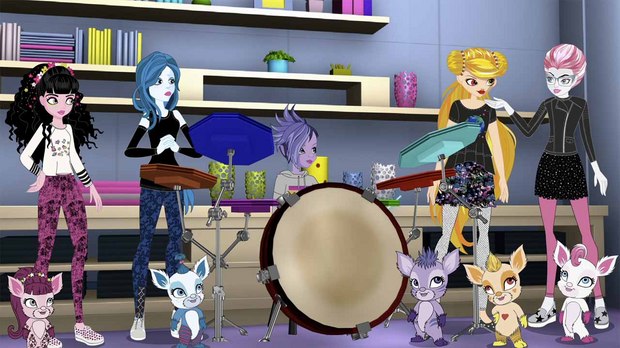 Genius Brands International has signed new content license agreements for distribution of its music-driven animated series SpacePOP in China with WeKids Asia and in the U.K with U Music TV.  Additionally, Genius Brands has greenlit the development of season two of SpacePOP for global distribution, anticipated for fall 2017.

WeKids Asia will launch the program across China in summer 2017. U Music TV will distribute SpacePOP original music videos across the U.K. via its popular app, and subsequently through its content block on Sky TV, FreeSat and FreeView.  The deals follow a recent agreement with Luk Internacional to handle the content distribution and licensing and merchandising campaign for SpacePOP in Southern Europe (Spain, Portugal and Italy). Luk Internacional is creating a dedicated Spanish-language SpacePOP YouTube channel for the market in Spain, utilizing Genius Brands’ U.S. marketing strategy by partnering with influencers and regional promotional partners.

The company reports that since launching on YouTube last summer, SpacePOP has had nearly 15 million channel views and built up 45,000 subscribers. SpacePOP is comprised of over 100 serialized adventures featuring original music woven into a narrative that follows five teenage princesses who disguise themselves as musicians and form a band while they secretly plot to vanquish an evil Empress who is seeking to enslave the galaxy.

In addition to YouTube, SpacePOP is currently available in the U.S. on digital platforms, including Toon Goggles, PopJam, BatteryPOP, Musical.ly and the Kid Genius Cartoon Channel on Comcast, as well as on OTT platforms, including Amazon, Apple, Roku and Google, bringing the combined audience reach to nearly 50 million households. Additionally, the first SpacePOP app, which launched in February, is available Amazon Fire, Roku and Apple TV.

“SpacePOP demonstrates that music, fashion, fun and adventure are universally appealing to girls, bonding them to a shared experience regardless of where they live or what language they speak,” says Stone Newman, president of worldwide content sales, global consumer products a marketing at Genius Brands. “Expanding brand awareness and building the SpacePOP franchise through media partnerships in China, the U.K. and Southern Europe – we’re successfully building the brand in some of the largest and most influential markets in the world just three months after SpacePop’s initial release in the U.S.”

“Genius Brands has done a phenomenal job in developing SpacePOP and in introducing it to young American consumers through the platforms they frequent,” says Sean Chu, founder and CEO, WeKids.  “WeKids can replicate that rollout, with simultaneous launches of music videos, merchandising and the animated SpacePOP series through online streaming video, IPTV, OTT TV, iOS and Android based Apps for mobile and tablet devices throughout China. As Genius Brands has shown us, this type of organic launch, supported by local and regional promotions, not only reaches the intended audience, it invites and encourages them to participate in introducing this amazing content to their friends, which is the most authentic method for growing a hit brand.”

“U Music TV combines apps, television, online platforms and merchandising in the creation of a truly multiplatform entertainment experience that is ideally suited to Genius Brand’s SpacePOP,” Claire Palmer, CMO, U Music TV.  “Today’s young consumers want to be part of a property’s development, they want to claim responsibility for the popularity of songs, content and consumer products and SpacePOP clearly puts them in the driver’s seat.  It may be a unique growth strategy today, but other content developers will be emulating it for years to come.”