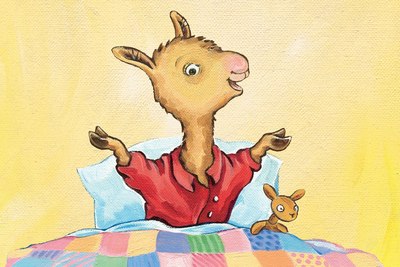 Llama Llama is being produced in 20 different languages, which will be distributed day and date worldwide. GBI is also rolling out a global licensing program, which will be unveiled at the upcoming Licensing Expo beginning next Tuesday, June 21st in Las Vegas.

“Only with a property of this caliber, and with a broadcaster of Netflix’s stature have we been in a position to attract such an accomplished and talented team of champions,” stated Andy Heyward, Chairman & CEO, GBI. “This deal signifies our largest content deal since the creation of GBI, and the global exposure of the brand through our partnership with Netflix will trigger a multitude of income streams in various content windows, as well as in consumer products, immediately becoming accretive to the company.”

Llama Llama is an animated series about childhood moments and adventures, as well as the special connections between the lead character, Llama, his parents, grandparents and best friends. Llama Llama tells heart-warming tales of life in a safe, friendly town seen through the eyes of Llama as he interacts with the amazing world around him.

With nearly 10 million units in print, Dewdney's Llama Llama books have all been New York Times bestsellers, with several titles reaching the #1 spot.