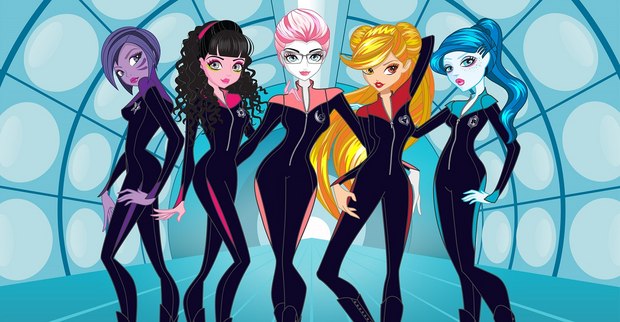 Since joining GBI in 2014, Newman has been responsible for overseeing the Company’s consumer products programs worldwide, working with retailers and licensees to build comprehensive licensing and merchandising programs for brands, including the all-new tween music-based property SpacePOP, which launches this summer; the timeless classic Llama Llama, which will debut its first animated production in summer 2017; Baby Genius, Warren Buffett’s Secret Millionaires Club, Stan Lee’s Mighty 7 (SLAM 7), Thomas Edison’s Secret Lab, and others. Additionally, Newman has managed licensing programs under GBI’s wholly owned subsidiary, A Squared Entertainment, LLC, which manages properties that fall outside of GBI’s core mission of developing and delivering ‘content with a purpose,’ including From Frank and Celessence Technologies.

In addition to overseeing consumer products for GBI and A Squared Entertainment and their team of leading licensing agencies, Newman will now spearhead traditional and digital marketing efforts for all of the Company’s brands. Lloyd Mintz, Vice President of Consumer Products and Jason Brumbaugh, Vice President of Digital report into Newman.

“Stone has been instrumental in driving the growth of our brands and as a result, we have become a significant player in the kid’s media market, even securing a spot in License Global’s Top 150 Licensors list this year,” remarked Heyward. “Stone is a force of nature who understands the business inside and out and is extremely passionate about his work, and he will no doubt be just as innovative and enthusiastic in spearheading our marketing initiatives. It is with pleasure that we announce this well-deserved promotion.”

"I am extremely proud of what we have all at Genius Brands accomplished in less than two years, and we are just getting started,” commented Newman. “This year will be hugely important in the growth of the company with our new Sony Music and Sony Pictures Home Entertainment partnerships driving distribution and our brands, such as SpacePOP, launching into the market with entertainment content and retail program. Plus, we are continuing to develop new brands for worldwide distribution.”

Newman, an accomplished entrepreneur, also founded and built Sababa Toys from a start-up into a $30MM toy and game manufacturer with product presence in more than 50,000 retail stores.  He has also worked in marketing and licensing at Hasbro Toys.