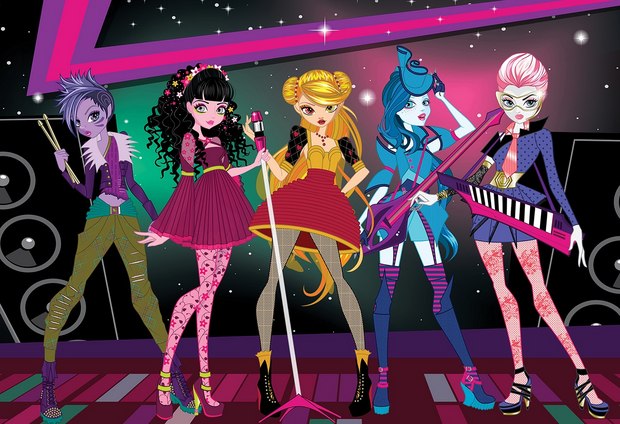 GBI has appointed SPACEPOP’s first licensing partner, Imprint, part of Macmillan Children’s Publishing Group, as the global Master Publisher. Imprint is committed to launching the brand’s book series. The first title, Not Your Average Princesses, is an original middle grade novel with graphic novel inserts written by author Erin Downing and illustrated by Jen Bartel. The first title will publish in July 2016, with the second novel, Rocking the Resistance, to follow in January 2017.

“Tween girls live in a world of their own, inspired by music and fashion and friendship,” said Amy Moynihan Heyward, President, GBI. “SPACEPOP is a whole new galaxy for tweens, created by some of the most accomplished talent in music, fashion and storytelling, delivered in a way that naturally corresponds to how tweens consume media today. Two spirited, music driven segments will be released every week to tell the tales of four galactic space princesses, along with a comprehensive body of new original music that will also be distributed separately.”

Erin Stein, Publisher of Imprint, commented, "When I first saw SPACEPOP, I knew it was right for Imprint. There is so much storytelling potential and strong, empowered female characters. We are thrilled to be publishing the origin story for the brand, and to be highlighting the musical performances in each book with full-color graphic novel sections. Our SPACEPOP novels are going to rock!"

“When Macmillan Publishing launched its new division, Imprint, with a focus on tweens we knew that they were the perfect partner for us on the launch of SPACEPOP, particularly with talent like Erin Stein who was largely responsible for the success of Monster High. We’re thrilled to be collaborating with her and to be working with Imprint on the development of the brand’s master publishing strategy,” added Stone Newman, President of Global Consumer Products for GBI.

Original music will be woven through a narrative story, detailing how when the evil Empress Geela takes over the Planets of the Pentangle, five teenage princesses disguise themselves as musicians and form a band called SPACEPOP. Their mission: Spread the message of freedom and joy through music and join the rebel resistance force to vanquish Geela, who has taken over their home planets and enslaved the inhabitants.