Genius Brands International acquires ‘Dennis the Menace’ and ‘Where on Earth is Carmen Sandiego?’ for its new KID GENIUS channel scheduled to launch this September on Comcast’s Xfinity On Demand. “Both of these properties are perfectly suited to join the line-up of our new Kid Genius channel, where we will offer a safe viewing experience for children and their families that also provides positive value,” explained GBI’s Senior Vice President of Global Distribution Sales, Andy Berman. “In addition to both properties being well-respected global brands, Where on Earth is Carmen Sandiego? gives kids the opportunity to learn about geography and culture, and Dennis the Menace delivers wholesome storytelling for everyone.”

The new Kid Genius channel is set to offer a variety of programming for young viewers (toddlers to 12-years-old) that align with the company’s mission to provide “content with a purpose.” The channel will also feature GBI original programming, including Thomas Edison’s Secret Lab, Llama Llama and Warren Buffett’s Secret Millionaires Club, as well as other shows from program creators around the world.  GBI will announce the full schedule for Kid Genius prior to the September 1, 2015 launch.

To help define guidelines for content acquisitions, Kid Genius has enlisted renowned children’s media expert, Don Roberts, former Chair of the Communications School at Stanford, to incorporate a program code that will address sensitive issues such as violence, negative stereotypes, the environment, and inappropriate language to ensure that parents will feel comfortable that their kids are never being exposed to inappropriate subject matter. 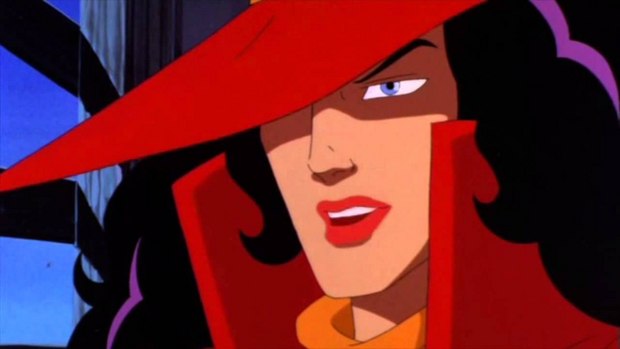 Emmy-winning ‘Where in the World is Carmen Sandiego?’ to join ‘Thomas Edison’s Secret Lab,’’ Llama Llama’ and ‘Warren Buffett’s Secret Millionaires Club’ on the new Kid Genius channel set to debut in September 2015.

Where on Earth is Carmen Sandiego? features the world famous super-thief Carmen Sandiego who travels all over the globe in search of famous artifacts to steal. Teenage ACME detectives Zack and Ivy are on a quest to capture Carmen as she tempts them with encrypted clues about her whereabouts and the object of her interest. Zack and Ivy must use their knowledge of geography and world cultures to keep up with Carmen and her henchmen.

In Dennis the Menace, Dennis’ curiosity, escapades and well-meaning ways usually lead to trouble; and usually on the receiving end is neighbor and retired postal worker George, who just wants to be left alone.  Dennis is accompanied by friends Margaret, Tommy and Joey and faithful canine companion Ruff, who often find themselves involved in all kinds of wild adventures, including international espionage and trips into history.