Gavin and Jason Fox, two of the genius creatives behind the ‘Secret Cinema’ shows, join the company’s Digital team in London. 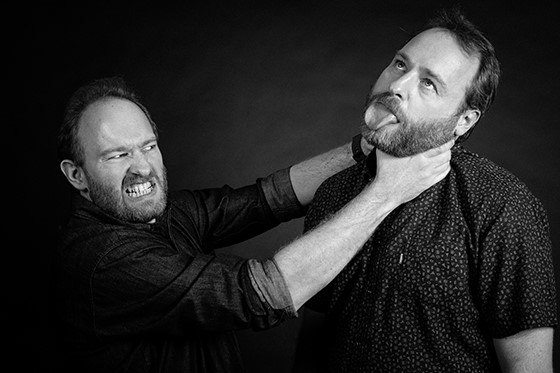 Framestore announced that Gavin and Jason Fox, two of the genius creatives behind the Secret Cinema shows, have joined the company’s Digital team in London.

“We've been fortunate enough to work on so many strange, exciting, innovative and fun projects over the years, but we're coming to Framestore to do even more,” said Gavin. “From our many years of working together on projects for big brands and several Secret Cinema productions, we were really drawn to Framestore's attitude for innovation and the way it often thinks ‘let's just try it and see what happens’” Jason added.

Labelled “brilliant wackos” by Gizmodo as they re-enacted Back to the Future live on Twitter, the Foxes’ diverse background includes directing short films, creating websites, devising social media campaigns, writing ads for global brands and creating digital and physical theatrical experiences. It’s for those experiences that they are best known, from oddball shows built in their garage at home, to the huge immersive physical and digital experiences they’ve created for Secret Cinema.

Meanwhile Mike Woods, who left the London office to head up Digital at Framestore’s New York studio in 2012, has been promoted to Executive Creative Director, overseeing Framestore’s digital output worldwide. Building on the astounding success of the Game of Thrones virtual reality experience at SXSW earlier in the year, Mike has been a driving force behind the creation of Framestore’s dedicated VR and Immersive content studio.

“We’ve worked with Gavin and Jason for years, and always felt their style would be an absolutely perfect fit for us. They’ve strengthened a team that is already producing some revolutionary work and I’m really pleased to see them finally here.”