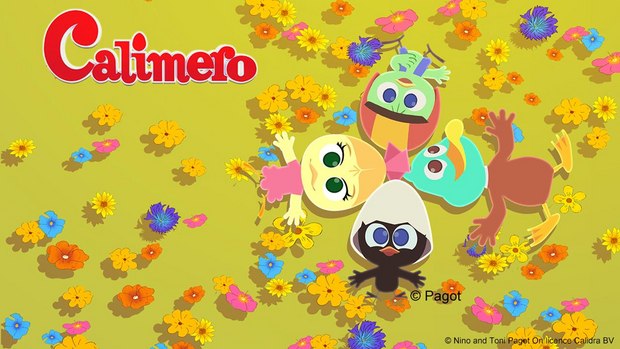 Gaumont Animation, one of Europe’s leading producers and distributors of children’s entertainment, announced that the company has partnered with BulkyPix, the leading developer and publisher of video games,to release the first Calimero video game ever for smartphones and tablets. Calimero's Village will be available on the App Store and Google Play on May 7, 2015.

The interactive video game follows the adventures of Calimero who just moved into the city of Hatchington to have a new start. It’s up to you to build a new city to gather all Calimero’s best friends and recreate the world of Calimero, building the old mill and its incredible inventions.The ultimate challenge will be to help Priscilla, Valeriano, Pierrot and all Calimero’s friends settle in Hatchington and help them through hundreds of missions. As you unlock more and more buildings, you will also unlock mini games to earn extra coins and experience.

Based on the original cartoon art, players begin the game with Calimero around the main place of Hatchington. From there, you will be able to create houses for your friends, special buildings, roads to travel, crops to harvest, elaborate gardens and more. The video game will allow players to embark on a journey of exciting adventures while creating their own world for Calimero and his friends.