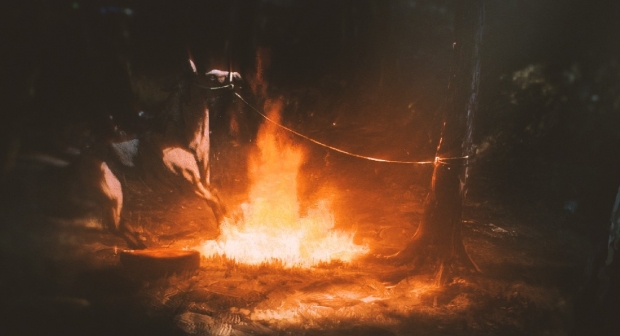 The SIGGRAPH Asia 2022 Computer Animation Festival (CAF), part of Asia's premier computer-generated animation and visual effects event, has announced this year’s three award-winning films, plus an honorable mention, selected by judges from a total of 405 animated works from 19 countries. From short films to scientific visualizations and AI-enhanced deep-fakes, the celebration of 2022’s best works from around the world comes to SIGGRAPH Asia 2022’s Electronic and Animation Theaters running December 6-9 at EXCO in Daegu, South Korea.

“Seismic technological innovation in animation is moving our industry to greater heights,” commented Dan Sarto, Computer Animation Festival Chair and Co-Founder of Animation World Network. “We saw the extraordinary rise of virtual creative collaboration during the pandemic, and how artists, technologists, and researchers were able to build sophisticated, cloud-based production pipelines, working with colleagues from around the world, exemplified by the impressive selection of animation in this year’s festival.”

“SIGGRAPH Asia provides a great opportunity to see the year’s most exceptional work, and also a chance to bring together some of the most creative minds from the world’s leading animation houses,” he added. “The global animation market is worth almost US$400 billion, and it’s still growing. There’s never been a more exciting moment to be in this business, collaborate and push boundaries with cutting-edge animation. SIGGRAPH Asia 2022 is a unique chance to be at the center of it all.”

A Garrano horse is forced to pull a heavy load under a blazing sun, while a young boy, Joel, discovers a man who is about to set a forest on fire.

Meet Ditto, a fluffy plump white cat that, unlike most other cats, is very particular about where she sleeps. The universe seems to conspire against her until she happens upon the most comfortable spot she’s ever seen, a wonderful warm yellow cushion. But a fuzzy winged intruder, Monty, has eyes on the comfy cushion and isn’t shy about disturbing the kitty’s slumber – going to great lengths to make it his own.

Cat and Moth - Teaser from India Barnardo on Vimeo.

Partly based on personal experience, Period Drama is a Victorian-era tale about 11-year-old Georgiana Crimsworth, who gets her first period “before ever having gotten the talk.” It addresses the implicit taboo surrounding periods and women’s health.

The studio’s 13th open movie is an 80s-inspired horror comedy set in Britain. When a group of rowdy teenagers wanders into an isolated forest, they discover peaceful mushroom creatures that turn out to be an unexpected force of nature.

Watch the behind-the-scenes look at the film - the technology, the assets, and the creative process that led to the creation of Sprite Fight:

In addition to the awards ceremony and special screenings, the Computer Animation Festival will feature a series of panels and production sessions. Highlights include the following:

Bringing Yumi's Cells to Life - Producer Gahyun Cha, Director Dahee Kim, CG supervisor Kiyoung Eom, and Concept Artist Yeonok Baek discuss the popular webtoon - Korea’s first live-action/3D hybrid series where the animated world of the ‘cells’ blends with the performances of actors. In addition, Locus Animation will share the artistic and technical challenges behind the meticulously plotted out characters and the cutting-edge animation.

Led by DNEG Animation’s VFX Supervisor Archie Donato and Animation Director Kapil Sharma, the team was tasked with creating a world that felt like a concept painting sprung to life. To meet the filmmakers’ brief, the team ensured that every stage of the pipeline – from shader development to animation performance to compositing – was deconstructed and re-imagined, supporting the heightened visual style.

The House of Loss - Directed by Jinkyu Jeon (South Korea) and produced by Koji Yamamura - Tokyo University of the Arts.

The elderlies at the nursing home have their heads shaved. The protagonist who works there sees them but can't read their expressions. However, in one instance, he looks closely at their faces.

The deadline is approaching. Producer Park, who is in charge of closing, comes to the writer. The writer escapes to delusions and goes crazy due to the PD's pressure and the stress of the deadline.