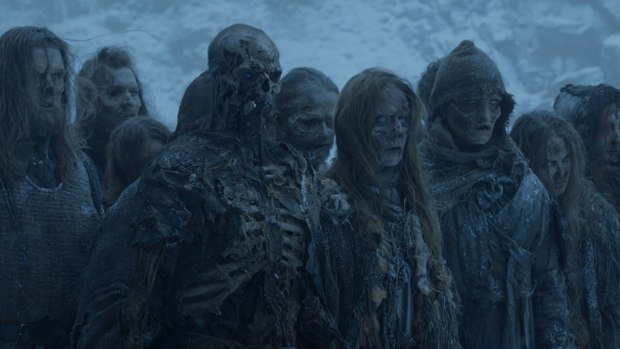 ‘Game of Thrones’ wins 2018 Emmy Award for outstanding special visual effects for the episode “Beyond the Wall.” Image courtesy of HBO.

LOS ANGELES -- The Television Academy presented the first of its two 2018 Creative Arts Emmy Awards Ceremonies honoring outstanding artistic and technical achievement in television on Saturday night at the Microsoft Theater in Los Angeles. The ceremony, which kicked-off the 70th Emmys, awarded many talented artists and craftspeople in the categories of animation, scripted programming including comedy, drama and limited series.

In recognition of its legacy of boldly propelling science, society and culture where no one has gone before, the visionary science-fiction television franchise Star Trek was recognized with the prestigious 2018 Governors Award, chosen by the Television Academy Board of Governors. Bill Nye the Science Guy presented the Governors Award, which was accepted by the stars of the first and most recent series in the franchise, William Shatner (1966’s Star Trek) and Sonequa Martin-Green (2018’s Star Trek: Discovery) and an “out of this world” assembly of more than 80 Starfleet crew members and aliens from all Star Trek franchises, including Walter Koenig, Jeri Ryan, Levar Burton, Linda Park, Terry Farrell and Alex Kurtzman.

The previously announced awards for outstanding motion design were handed out during the second part of the ceremony, held Sunday night. The full list of awardees honored on Sunday night can be seen here.