Sterling and Dysfunction Co return with 8 new episodes, followed the next day by the debut of Aubrey Plaza and Danny DeVito’s new animated comedy series about the Devil trying to gain custody of his daughter’s soul, all coming this August. 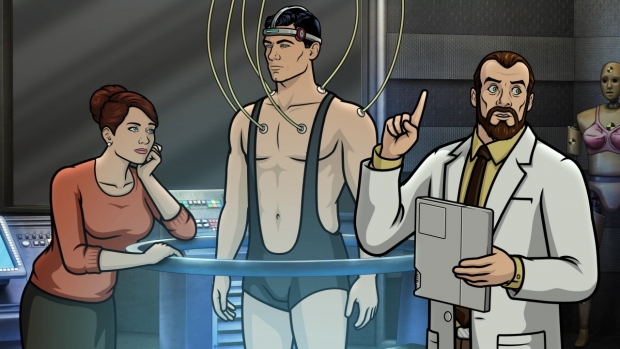 It’s time to plan your long-awaited watch party because now there’s a date for the Season 13 FXX debut of the Emmy Award-winning animated comedy, Archer… it’s set for Wednesday, August 24 at 10 p.m. ET/PT, streaming the next day on Hulu. And if that’s not enough, Aubrey Plaza and Danny DeVito’s new animated comedy Little Demon debuts on FXX the next day, Thursday, August 25, at 10 p.m. ET/PT.

FXX’s expanded programming line-up has made it a top destination for adult animated comedies with offerings including all seasons of Family Guy and classics such as King of the Hill, Bob’s Burgers, and The Simpsons.

Archer follows bumbling, often inebriated Sterling Archer as he navigates the changing landscape of the spy world. In the new season, Archer and The Agency have been acquired by Fabian Kingsworth and the spy conglomerate known as IIA (International Intelligence Agency). As the gang struggles to find their identity while performing odd missions for Fabian, one question arises: will they be able to maintain independence, or will they succumb to their corporate overlords? Little Demon, written by Darcy Fowler, Seth Kirschner, and Kieran Valla, features Danny DeVito, Plaza and Lucy DeVito among the voice talent. Greenlit back in April 2020, the half-hour comedy follows the journey of a mother (Plaza) and her 13-year-old Antichrist daughter (Lucy DeVito) as they try to live a normal life in Delaware. However, hijinks ensue when the father, the literal Devil (Danny DeVito), interferes with monstrous forces and nefarious plans to gain custody of his daughter’s soul.

Archer was created by Adam Reed and is executive produced by Reed, Matt Thompson, and Casey Willis at Floyd County Productions. The series is produced by FX Productions.