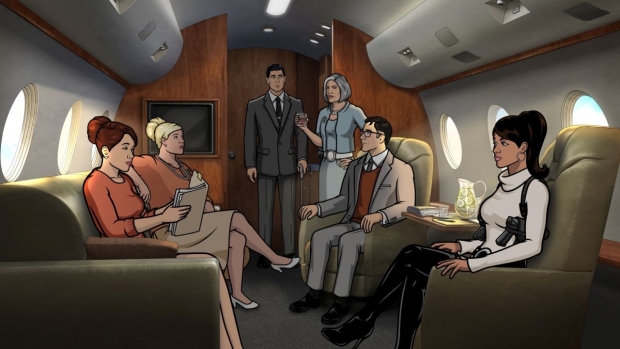 We all look for shreds of goodness in an otherwise rough year, and for me, this announcement turns my frown, upside down!

FXX has picked up Adam Reed and Matt Thompson’s hit animated spy spoof, Archer, for a 2021 Season 12, obviously breathing in deep the hearty aroma of Season 11’s 32% viewership increase across all platforms. Now, one can only hope we see an episode increase to at least 10, hopefully 12, from the current season’s eight.

“Archer is back in a big way this season, with viewership up as the Emmy Award-winning spy series returns to its roots and begins to plot a 12th season next year,” said Nick Grad, President, Original Programming, FX Entertainment. “Our thanks to Adam Reed, Matt Thompson, Casey Willis and the entire team at Floyd County Productions for keeping Archer as fun as ever and true to form. Together with its unbelievable voice cast, Archer is set to give fans another great season.”

Season 11 sees Sterling Archer returning to his particular brand of dysfunctional spycraft after waking from a three-year coma, though his team, office mates and mother have misgivings about messing with what has become a well-oiled machine in his absence. Archer soon inserts himself in every mission with the usual toxic brew of false bravado and incessant badgering. Season 11 has brought a welcome return to the show’s original winning combination of absurdist espionage and blistering, sexually laced banter that made it “must see” TV.

Archer can be seen Wednesday evenings on FXX, FX on HULU the following day.