Production delays related to coronavirus COVID-19 mean May 6 premiere has been postponed. 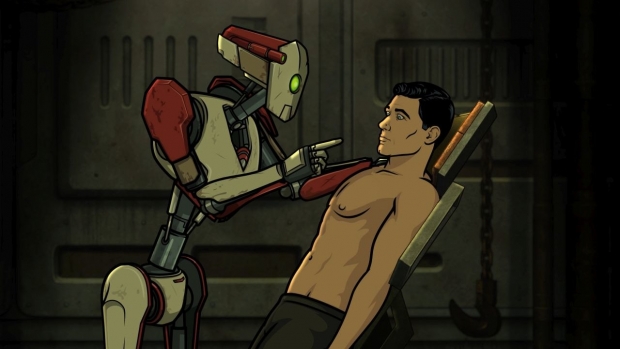 Fans of FXX’s animated comedy spy-spoof, Archer, will have to wait a bit longer for Season 11 to hit their screens. FX Networks just announced that due to production delays caused by the coronavirus COVID-19 pandemic, the upcoming May 6 premiere has been postponed.

According to an FX Networks statement, “Due to production challenges and scheduling issues, season 11 of FXX's Emmy award winning animated comedy series Archer will no longer premiere on May 6th. FX will shift the premiere date to later this year.”

Archer is yet another in a growing list of films and TV shows that have seen their productions postponed, slowly shifting to a remote workforce, or shut down completely. This past Friday, Disney announced a sweeping overhaul of its feature film release schedule, pushing all their film forward at least six months, though Pixar’s upcoming animated feature, Soul, directed by Oscar-winner Pete Docter, is still set to hit theatres June 19.  Last Wednesday, Universal announced its upcoming Minions sequel, Minions: The Rise of Gru, was being pushed an entire year to July 2021, with Sing 2 moving to the following December.

As far as what’s in store in the new season, last summer, at a San Diego Comic-Con sneak peek screening and Q&A, executive producer Casey Willis told the crowd, “We are incredibly excited for our 11th season and look forward to Archer waking up from his coma and returning to a spy world that has continued without him for the past three years.”

If you recall, last season was set in the ambiguously dated “future” of 1999, on an interstellar salvage ship, the M/V Seamus, co-owned by the eternally bickering, now divorced Sterling Archer and Lana Kane. Billed as Archer: 1999, the 10th season of Adam Reed’s raucous animated comedy misadventure boasted a collective dysfunction performed on a truly galactic scale. Highlighting the show’s all-new timeline and setting, Malory was a sentient, swirling orb-like energy ball that could materialize at will to pit everyone against each other or enjoy an adult beverage; Krieger, who we thought had reached the pinnacle of creepiness, was an even creepier cyborg; Ray, even in the confines of a spaceship, was still prone to melodrama, moisturizing masques and extreme fashion; Cheryl / Carol remained angry, bored and clueless, though was inexplicably the best fighter pilot in the galaxy; Cyril remained the embodiment of cowardice; and Pam… well, Pam continued her path of personal growth, reaching freakish size as a gender amorphous rock monster.