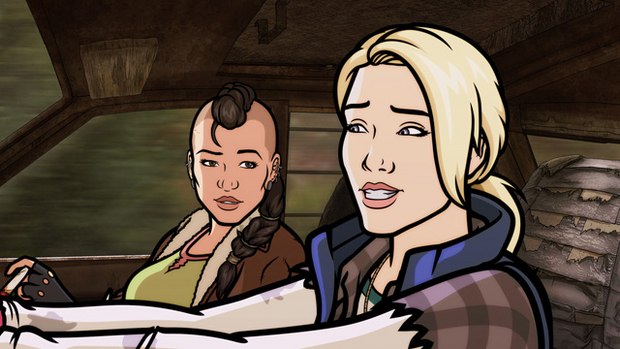 LOS ANGELES -- FXX has picked up Cassius and Clay, an animated action-buddy comedy starring Kaitlin Olson as “Cassius” and Lake Bell as “Clay,” bandits looking to survive in a futuristic, post-apocalyptic American South, it was announced today by Nick Grad and Eric Schrier, Presidents of Original Programming, FX Networks and FX Productions. 10 episodes have been ordered for the first season, due to air on FXX in 2016.

After six memorable seasons on FX, the hit animated comedy Archer will move to FXX for its seventh season and be paired with Cassius and Clay in 2016. With the addition, FXX’s slate of comedy series will include Archer, It’s Always Sunny in Philadelphia, You’re the Worst, Man Seeking Woman, Animation Domination, and Cassius and Clay.

“Tearing through the Smoky Mountains, Cassius and Clay don’t just survive the end of the world -- they thrive on it with a pack of misfits who persevere against all odds in this Southern-fried apocalypse,” said Grad. “Our thanks to Adam and Megan for creating this hilarious and twisted tale and to Kaitlin, Lake, Susan and the rest of the voice cast for bringing these characters to life in all their damaged glory.”

Cast credits are as follows: