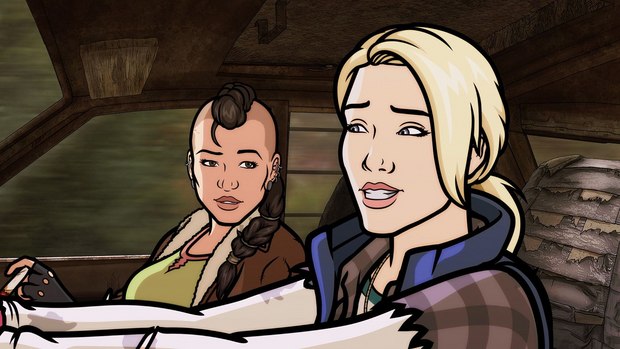 Alas, poor Yorick, we barely knew thee. Cable network FXX has called off plans for animated comedy series Cassius and Clay, according to a report by Deadline.

The project, co-created by Archer creator and executive producer Adam Reed, was originally ordered to pilot in May. In August, the pilot was picked up to series with a 10-episode order for FXX, where it was to be paired with the seventh season of Archer.

Billed as an animated action-buddy, Cassius and Clay was to star the voices of Kaitlin Olson as the hard-drinking, fast-talking “Cassius Cordwood” and Lake Bell as sharpshooter “Shopcarter Clay,” bandits looking to survive in a futuristic, post-apocalyptic American South. Reed was set to write and exec produce the series under his Floyd County Productions shingle, along with Megan Ganz of Modern Family and Community fame.

The producers of hit series Archer, Floyd County Productions was also behind the short-lived FX animated comedies Chozen and Unsupervised, both of which were canceled after their first season.

There’s no word on why Cassius and Clay was axed prior to its debut, but with voice talent including Susan Sarandon as ruthless madam Connie Mack and guest stars such as Jeffrey Tambor this is one pilot we’d really love to see.