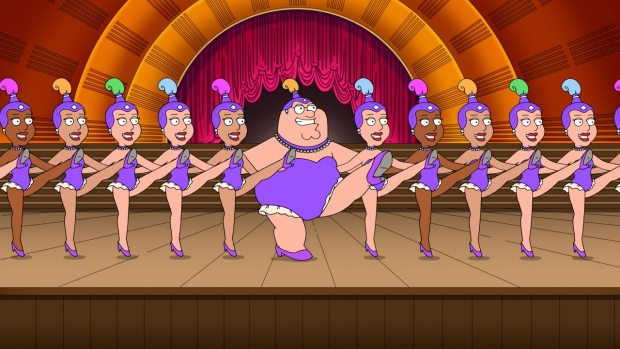 Everyone loves the holidays. Family time, food, more family time, gifts, and even more family time. With this in mind, FXX has announced a holiday treat (aka lifeline?) for fans – more than 185 hours of non-stop Family Guy just in time for the holidays. This epic “Avoid Your Family Family Guy” marathon kicks off on Christmas morning, Saturday, December 25 at 7 a.m. with Season 1 and work its way through all 19 seasons over the following week, conclusing at 2 a.m. on Saturday, January 2. By then, all your relatives will hopefully have gone home.

This marathon follows the September announcement that FXX would be adding the full catalog of Family Guy seasons to its schedule. The cable channel will host the most comprehensive collection of the most popular animated adult comedies, including Archer, Bob’s Burgers, Cleveland, Family Guy, King of the Hill, and The Simpsons. Futurama joined this comedy line-up last month.

“While the holidays are a time for family and friends, celebrating, and bringing joy to others, sometimes you just need a little break,” shared Chuck Saftler, head of Business Operations for ABC, Freeform, FX Networks, and Acquisitions in Disney Media & Entertainment Distribution’s Networks division. “What better way to do that than spending some time with the Griffin family and their hilarious antics. We at FXX are thrilled to gift fans with more than 185 hours of Family Guy and wish you all a happy holiday season with lots of laughter and a new year filled with the best adult comedies and programming throughout all of 2022.” An American animated sitcom created by Seth MacFarlane, Family Guy centers on the “Griffins,” a dysfunctional family consisting of parents “Peter Griffin” and “Lois Griffin;” their children “Meg Griffin,” “Chris Griffin,” and “Stewie Griffin;” and their anthropomorphic pet dog “Brian Griffin.” The show is set in the fictional city of Quahog, Rhode Island, and exhibits much of its humor in the form of cutaway gags that often lampoon American culture.