The 27,000-square-foot state-of-the-art production space features a 4K pipeline and space for 250 artists. 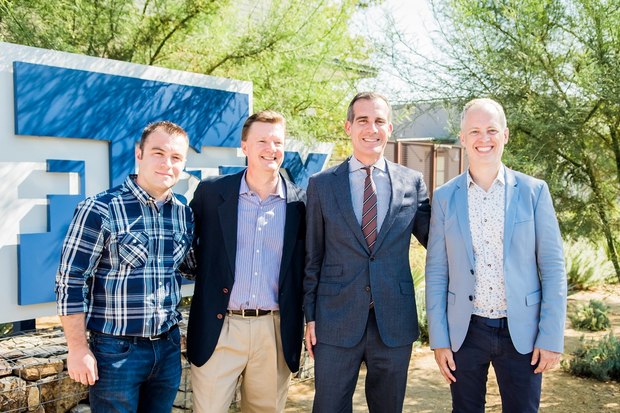 FuseFX was founded in 2006 by Emmy Award-winning VFX Supervisor David Altenau at a time when many visual effects companies were curtailing operations in Los Angeles. Bucking the tide of runaway production, it developed a proprietary workflow that enabled it to efficiently service multiple television productions and drew on the area’s deep pool of visual effects supervisors, producers and artists. Executive Producer Tim Jacobsen and Chief Technical Officer Jason Fotter joined the company as partners in 2008 and helped steer it on a path to steady growth.

“FuseFX remains committed to building on the success of our Los Angeles office and growing our operation here,” commented Altenau. “Our new space will allow us to continue to tap into the tremendous talent and resources in the L.A. area and provide exceptional service to what remains the largest center for entertainment production in the world.”

"No industry has been hit harder by runaway production than visual and special effects," said Los Angeles Mayor Eric Garcetti at a ceremony opening the new facility. "FuseFX has been rooted right here in Los Angeles for the last decade, because the company understands what our city has to offer: unmatched production resources, vast infrastructure, and, of course, the best talent in the business. Fuse is creating opportunity and raising the next generation of animators and designers in L.A., right where they belong."

Currently, FuseFX produces visual effects for such shows as American Crime Story, Scorpion, Marvel’s Agents of S.H.I.E.L.D., Empire, Criminal Minds, Bones, Turn, The Blacklist, The Magicians, Preacher and Zoo. The company won an Emmy Award in 2015 for its work on American Horror Story. It also provides visual effects for a growing number of feature films and commercials. The company recently formed a division focused on virtual reality under the banner FuseVR.

“Having our full team in close proximity will be good for collaboration,” observed Altenau. “Artists will be able to communicate better with each other and clients, and focus on the task at hand. It’s also a more comfortable collegial space. That’s good for both our staff and our clients.”

The new facility features a 10-gigabit infrastructure capable of managing 4K media and other large data files in real-time. Its 15 rack server room is designed for the easy expansion of storage and rendering resources as needs grow. Sohonet broadband connections with FuseFX’s production facilities in New York and Vancouver will allow artists at the three sites seamlessly share data and resources. The site’s four screening rooms include a 20-seat theater equipped with 4K projection and monitoring systems. Space is available for more technical resources including the possible addition of 4K color grading and finishing.

“We have distinguished ourselves from other companies in the business by developing a highly efficient pipeline that results in better creative communication and quality control, and the faster turnaround of shots,” Altenau concluded. “Our artists are able to focus on the creativity in visual effects rather than the technical aspects of the process.”