New quarters can accommodate more than 50 artists; VFX facility currently creating effects for television projects including ‘Mr. Robot,’ ‘The Get Down’ and ‘Luke Cage.’

NEW YORK -- FuseFX has expanded its presence in New York. The facility has moved its operations in the city to larger quarters able to accommodate a dynamic team of more than 50 artists. Since the New York office opened in 2014, FuseFX has seen its workload steadily expand.

The facility recently completed its second season of NBC’s The Blacklist and is currently providing visual effects services for The Get Down (Netflix), Mr. Robot (USA), Marvel’s Luke Cage (Netflix) and Sneaky Pete (Amazon). FuseFX is headquartered in Los Angeles and also has a production facility in Vancouver. 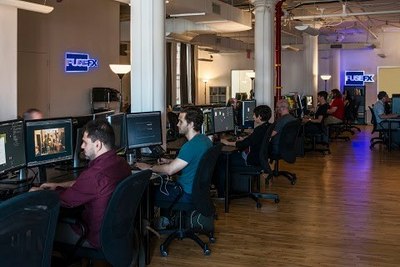 FuseFX New York’s new quarters are in the same SoHo building as its original facility, and provide an increase of more than 60 percent in physical space. The studio has also beefed up its workflow, which is optimized for 4K, with additional workstations, more servers and a larger rendering farm. FuseFX has also been adding artists and production staff.

“We’re very busy,” commented FuseFX New York’s Head of Production/Senior Visual Effects Supervisor Greg Anderson. “Production activity has grown steadily all year. Our new space is perfect for our current needs and for the future. There is room for further expansion on both sides of the office. It was the right time and the right place.”

“We’ve been slowly integrating people into our processes, methodologies and philosophies,” Anderson added. “Our senior artists and producers have been with FuseFX for a long time and that enables us to deliver consistently excellent results to our clients.”