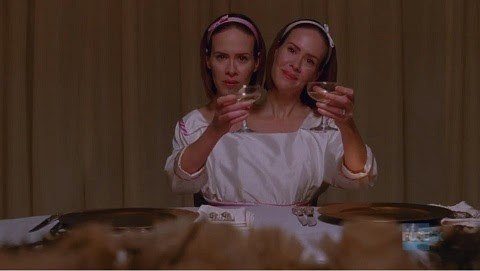 BURBANK, CA — American Horror Story is a major hit for FX. The most recent season of the anthology series, Freak Show, became the most-watched show in the network’s history. The show has won the loyalty of fans and kudos from critics for its smart, imaginative storytelling and superb performances from its stellar ensemble cast.

FuseFX has overseen visual effects for American Horror Story since its premier in 2011 and its role has grown with each season. “(Series creator) Ryan Murphy wants us to outdo ourselves every year,” says FuseFX VFX Supervisor Jason Piccioni. “In our first meeting for this season, he said the scope of the work would be something never before seen in a television series and he was right.”

The average 1-hour episode from the Freak Show anthology included more than 100 visual effects shots many of which were complicated character effects. There was Edward Mordrake, a 19th century English noble, who sports a second face on the back of his head, and Twisty, a macabre clown who lost his lower jaw to a shotgun blast. Most ambitious are Bette and Dot Tattler, conjoined twins, identical in every respect except for their divergent personalities. (Both characters are played by actress Sarah Paulson.) FuseFX works closely with the production’s special effects and make-up departments in designing and executing those sorts of character effects. “We go over the script together and work out a plan to divide and conquer,” Piccioni explains. “The creative direction comes from Ryan Murphy. He is very clear on what he wants.”

Depending on the workload, FuseFX might assign 25 or more artists to an episode. For this past season, effects production was typically limited to a week per episode. FuseFX received production media on a Friday night and incorporated it into its pipeline by Saturday morning. “It’s a fast process,” Piccioni says. “To do the type of work that we’re doing for a feature, where you might have eight months, is one thing, but to do it on a television schedule is very challenging.”

FuseFX works in close collaboration with the show’s editors. “We were creating character elements that involved dialogue and expression and so were very closely entwined with the editorial,” Piccioni explains. “There was a lot of back and forth with the editors, much more than in years past.” The conjoined twins required particular finesse. Piccioni notes that the twins shots would have been easier if camera movement was limited, but they resisted that option. “We didn’t want to compromise what was special about the show,” he says.  “Instead of restricting how things were shot, we adapted our technique to the show’s aesthetic.”

The mandate to continually raise the bar creates certain pressures for the FuseFX team. “Some of the things we did this year were incredibly difficult to pull off,” Piccioni notes. “They were really great episodes and they challenged us to reach deep into our bag of tricks.”