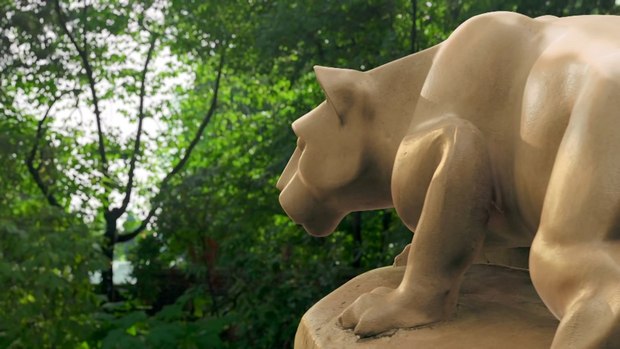 BURBANK, CA -- FuseFX recently helped bring life to one of the country’s most recognizable college icons. Penn State University’s Nittany Lion statue flexes its muscles and leaps from its stone pedestal in a national television commercial promoting the school and its students as “connected for life.” The 30-second ad, which airs during televised Penn State athletic events, won an Emmy Award from the Mid-Atlantic Chapter of the National Academy of Television Arts and Sciences. It earlier won a Telly Award.

Kristian Berg, a senior producer/director with WPSU Penn State, came up with the idea of animating the Nittany Lion statue as a way of highlighting the bond between the school and its students and alumni. The statue was a gift to the school from its Class of 1940 and cut from a 13-ton limestone block.

“The lion is a powerful symbol,” Berg explains. “Every graduate has his or her picture taken with the statue. It’s an emotional touchstone for all Penn Staters.”

The commercial blends digital cinematography of the statue with a 3D computer-animated model. The model was produced by FuseFX artists from a minutely-detailed 3D laser scan of the statue. The cleverly executed animation makes the statue appear to move with feline suppleness, while retaining its sculpted form and texture.

“It had to be a statue but it also had to look like it’s alive,” said Berg. “It was fascinating to watch how well the FuseFX team was able to blend cat and stone together.”