Funmation Sets Theatrical Run for ‘The Boy and The Beast’ 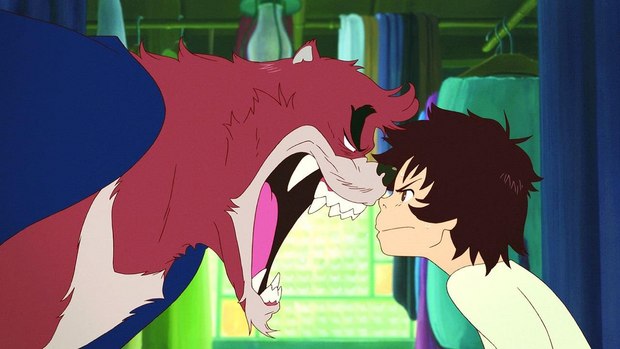 FLOWER MOUND, TX -- Funimation Entertainment has announced the theatrical date for the eagerly anticipated release of The Boy and The Beast. The latest masterpiece from acclaimed director Mamoru Hosoda, The Boy and The Beast will open on March 4 and screen in theaters across the U.S. Theatergoers will be able to purchase tickets to watch either the original Japanese language version (with English subtitles), the new English dub version produced by Funimation, or both. The English dub was developed closely with Hosoda to ensure the voice cast matched both his vision and direction for the film. The nationwide theatrical release of The Boy and The Beast will be the first time the English dub will be available to the general public. Prior to that, the film screened with English subtitles and only at a handful of film festivals in North America. Advance tickets go on sale on February 5 and can be purchased at funimationfilms.com/theboyandthebeast. The Boy and The Beast is a limited theatrical engagement and fans are encouraged to secure their tickets early.

“We’re very proud to showcase our English dub for the U.S. theatrical release of The Boy and The Beast,” said Gen Fukunaga, CEO and founder of Funimation. “It was a rare opportunity to work so closely with a film’s director on a dub production and doubly so with Mamoru Hosoda -- arguably the world’s most prominent anime director.”

Funimation has distributed two prior Hosoda films in the U.S., including the critically acclaimed and award-winning Wolf Children in 2013 and Summer Wars in 2010. The Boy and The Beast is garnering critical acclaim of its own -- having recently secured a nomination in the Best Animated Feature-Independent category for the 43rd Annual Annie Awards, which recognize the best in the field of animation. The winners will be announced February 6.

The Boy and The Beast (Bakemono no Ko in Japanese) tells the story of Kyuta, a young orphan living on the streets of Shibuya, who stumbles into a fantastic world of beasts. He’s taken in by Kumatetsu, a gruff, rough-around-the-edges warrior beast who’s been searching for the perfect apprentice. Despite their constant bickering, Kyuta and Kumatetsu begin training together and slowly form a bond as surrogate father and son. But when a deep darkness threatens to throw the human and beast worlds into chaos, the strong bond between this unlikely family will be put to the ultimate test—a final showdown that will only be won if the two can finally work together using all of their combined strength and courage.

“U.S. audiences will truly be wowed by the rich imagery, characters and storyline of The Boy and The Beast,” said Mike DuBoise, EVP and COO of Funimation. “We have no doubt that this film will bring anime to the forefront of mainstream theatrical audiences, appealing to all fans of animated films, both young and old.”

The complete cast for English dub of The Boy and The Beast is as follows: