FUNimation Sets Theatrical Dates for ‘Ghost in The Shell: The New Movie’

New trailer and images available for comic sci-fi franchise in theaters for a limited engagement across U.S. and Canada on November 10, 11 and 16. 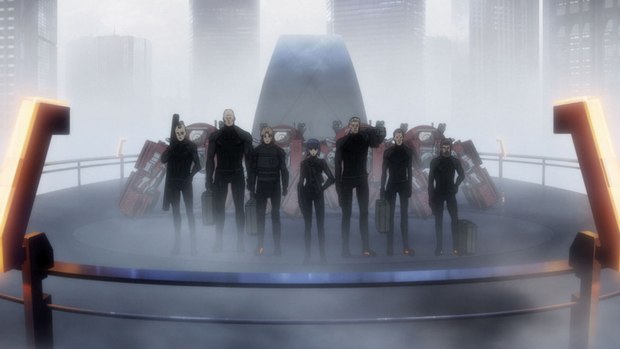 FUNimation Entertainment has announced the North American theatrical dates for the release of Ghost in The Shell: The New Movie. This is the first movie in more than ten years for the Ghost in The Shell sci-fi franchise, which will screen in more than 330 theaters across the United States and Canada on November 10, 11 and 16, 2015.

“Ghost in The Shell is truly an iconic franchise in the world of anime, and FUNimation is pleased to bring this long awaited, new film to audiences across North America,” said FUNimation founder and CEO Gen Fukunaga. “Long-time fans as well as new fans from last year's Arise series will be blown away by this action-packed movie.”

“This is the Ghost in The Shell film for the modern era,” added FUNimation EVP and COO Mike Duboise. “We encourage fans to purchase tickets in advance so they don't miss the opportunity to experience all of the action on the big screen.”

For more than 25 years, Ghost in The Shell has delivered a compelling story and artistic experience resulting in an international fan base that keeps coming back for more. The first theatrical release for the franchise screened in 1995, which originated six years earlier in 1989 as a manga series. In 2002, Ghost in The Shell became a televised anime series. Last year's four-part saga, Ghost in The Shell: Arise, gave fans the opportunity to delve deeper into the origin stories of the characters they have come to know and love.

Set in a futuristic Japan after the end of a brutal world war, science has advanced by leaps and bounds giving humanity the choice to prolong life and reduce suffering with the use of sophisticated cybernetics. With all of humanity linked into one system of minds and personalities known as ghosts, the biggest threat to civilization is the cyber terrorists capable of hijacking people's bodies and memories.

When a ghost-infecting virus known as Fire-Starter begins spreading through the system resulting in the assassination of the Japanese Prime Minister, Major Motoko Kusanagi and her elite team of special operatives are called in to track down its source. As they delve deeper and deeper into their investigation, they uncover traces of government corruption and a shadowy broker that bears an all-too-familiar face.

When your target can be anywhere and look like anyone, the only choice you have is to trust your ghost, and hope you aren't infected too.

Check out the new trailer and images below, and visit www.ghostintheshellnewmovie.com to buy tickets.