Japan’s highest-grossing film of 2016 will screen December 2-8 at the Laemmle Music Hall in Los Angeles, to be followed by an official North American wide theatrical release planned for early 2017. 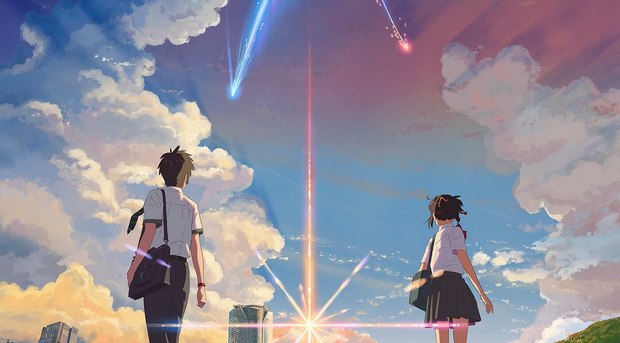 LOS ANGELES -- Funimation Films will host an Oscar qualifying theatrical run of Makoto Shinkai’s animated masterpiece Your Name. at the Laemmle Music Hall in Los Angeles from December 2-8, 2016. Advanced tickets are now on sale to the general public at www.laemmle.com or at the Laemmle box office. The official North American theatrical release is being planned for wide release in early 2017. Your Name, currently on the Oscar consideration list in the Best Animated Feature category that will be voted on for the 89th annual Academy Awards, is Japan’s highest-grossing film of 2016 totaling more than $173M at the box office -- surpassing the last two films from legendary director and animator Hayao Miyazaki, Disney and Studio Ghibli’s Ponyo (2008) and The Wind Rises (2013).

Your Name is the first anime feature outside of Studio Ghibli to gross more than $96 million at the Japanese box office and is the seventh highest-grossing movie of all time in Japan, surpassing film titans such as James Cameron’s Avatar and J.J. Abrams’ Star Wars: The Force Awakens.

In case you missed it, check out the Japanese trailer in the player below: