The Disney100 event will showcase the company’s rich history and host a slew of talent appearances and first looks from Pixar, Marvel, and Lucasfilm. 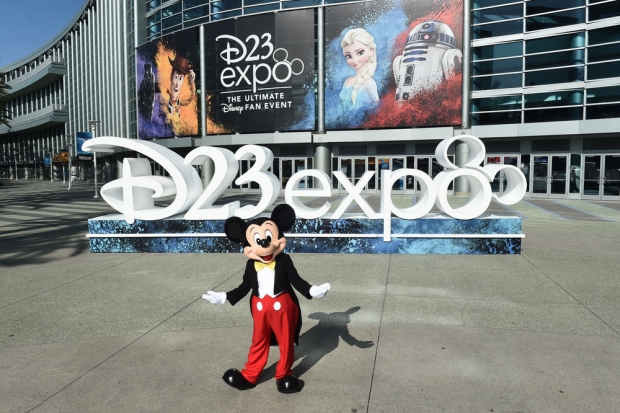 Disney has announced that its 100th anniversary celebration will take place at the 2022 D23 Expo. The event, called Disney100, is scheduled to run September 9-11.

Awareness of the event was first raised last year, when Disney revealed its logo to commemorate a century in business. According to D23.com, “Disney100 kicks off at D23 Expo on Friday, September 9, at 10:30 am with an epic presentation that includes the Disney Legends Awards Ceremony, featuring Disney CEO Bob Chapek.”

Disney also unveiled the full schedule for the event, which includes a wealth of talent appearances, first looks, and more from the likes of Pixar, Marvel, and Lucasfilm.

Here are the full details, per D23:

Disney100 kicks off at D23 Expo on Friday, September 9, at 10:30 am with an epic presentation that includes the Disney Legends Awards Ceremony, featuring Disney CEO Bob Chapek. The Disney Legends Ceremony will once again honor those visionaries and artists who have made significant contributions to the Disney legacy. Look for the names of the 2022 inductees to be announced in the coming weeks.

At 3:30 pm, guests will be treated to new details, first looks, sneak peeks, surprises, and announcements regarding upcoming theatrical and Disney+ titles from Disney Live Action, Pixar Animation Studios, and Walt Disney Animation Studios. Studio heads, filmmakers, and cast members will come together onstage with the inside scoop on some of these studios’ most exciting titles.

Filmmakers, celebrity talent, and surprise guests will join representatives from Marvel Studios and Lucasfilm, among others, onstage in Hall D23 at 10 am to showcase theatrical and Disney+ titles. Going behind the scenes of these studios’ highly anticipated films, specials, and series, attendees will see exclusive footage and be among the first to learn what else is in the works.

At 3:30 pm, Disney Branded Television will present an exclusive showcase of upcoming content. The showcase will feature appearances by talent and never-before-seen sneak previews of original content for Disney+, Disney Channel and Disney Junior, including looks at the new Disney+ Original series National Treasure, American Born Chinese, and The Santa Claus.

At 10:30 am, join Disney Parks, Experiences and Products Chairman Josh D’Amaro for a look at what will be happening around the world in parks, on the high seas, at home and beyond. Attendees will get a behind-the-scenes look at what Disney Imagineers are at work on.

At 4:15 pm, Disney Concerts will present a special performance of Disney Princess – The Concert, featuring Tony nominee Susan Egan. The cast will perform favorite Disney Princess and Frozen songs, including classics such as ‘Part of Your World,’ ‘Let It Go,’ ‘A Whole New World,’ ‘Colors of the Wind’ and “Almost There.” The performers will share exclusive behind-the-scenes stories from their time on the stage and screen.