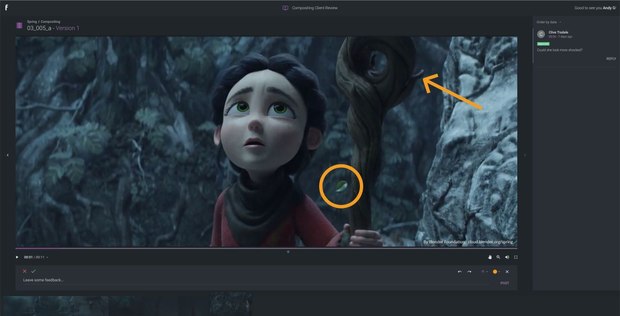 STOCKHOLM, SWEDEN – ftrack has announced the launch of its Adobe Illustrator integration with ftrack Studio, alongside improved product integrations with Adobe Photoshop, After Effects, and Adobe Premiere Pro, all part of Adobe Creative Cloud. The new integration with Adobe Illustrator allows users to access their ftrack project, dive into details, easily share media for review, and publish and import files, all from within a native-looking ftrack panel within the Illustrator application. By blending the creativity of Illustrator with the organizational power of ftrack, this integration streamlines the management of creative workflows and assets.

The logic behind the versioning workflow of its ftrack Studio integrations have also been updated. When users publish a new version of an asset from Adobe Creative Cloud applications, ftrack now asks if the user would like to publish a new asset or version up an existing asset, rather than automatically creating a copied version of the existing asset. With this improved process, the integrations with Adobe applications present a simpler workflow, costing the user fewer clicks and making it easier to version up, iterate, and deliver work.

“We’re deeply committed to improving workflows across ftrack Studio’s integrations with Adobe Creative Cloud,” commented ftrack Studio’s CTO, Magnus Eklöv. “Our Illustrator integration is a big step in that direction. Our versioning updates are a smaller improvement, but one with a big impact on our users’ daily workflows. The faster users can version up, the more efficient they are, and the more time they can spend on the art itself. And that’s our core aim with all ftrack functionality.”

Adobe Video head of partner relations, Sue Skidmore, added, “Video professionals want to spend more time on the work they enjoy, which is why ftrack Studio’s project management integration with Adobe Creative Cloud has been so popular. Now with ftrack’s new Illustrator integration and versioning workflow improvements, they can experience an even more streamlined process resulting in a simpler workflow.”

ftrack's improved versioning workflows in Adobe Photoshop, After Effects, and Adobe Premiere Pro are now available. These integrations are free with an ftrack subscription.