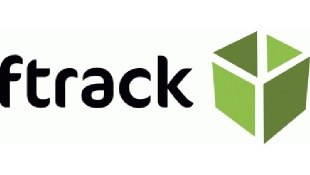 Stockholm, Sweden -- ftrack, the project management solution for creative, visual effects and animation industries will release version 3.2 of its industry-leading cloud-based platform this summer. New features will include NUKE STUDIO integration, along with improved functionality of the innovative Actions system. See these exciting new elements at The Foundry’s futures tech preview at NAB – head to booth SL6329.

Coming in ftrack 3.2, NUKE STUDIO integration will provide the entire file-based workflow that The Foundry currently has, but in an asset-based workflow. With this tight integration, ftrack will take the pain away from using the file system, dealing with it through an out-of-the-box solution.

Crew tab and chat feature – Users will be able to communicate with other members via text and video chat, improving communication for work dependent on others. Now coordinators and producers can look at a shot and communicate with members working on the shot, which is useful for checking status. The chat feature will help break down the barriers in pipelines that often occur due to a lack of communication, and will reduce bottlenecks so information can go direct to the relevant crew.

The crew tab and chat feature is debuting in NUKE STUDIO, and will continue to be included in future products as they are integrated.

Actions, available in ftrack today, provide a platform for developers to extend ftrack with Python API. Native to the system, Actions allow users to tightly integrate processes such as generating reports, to automate repetitive tasks, or to create file system structures.

These Actions appear directly in the ftrack web interface, making it seamless and easy to use. Developers can also customise parts of the UI and request additional information from the user before the Actions run (e.g. requesting an email address to send a report to).

Context aware – With permissions and roles, users won’t be bombarded with all available Actions on the whole system. They will only be presented with Actions and functions that are appropriate to where they are in the system and the role they are fulfilling. If you’re a producer looking at a review session, you might be generating a report about that session – but if you’re elsewhere in that system, you won’t see the same Action.

Future of Actions – We will provide example Actions and put them up for the ftrack community to use, but we encourage other users, developers and studios to share their own Actions in what will become a plug-in community, where people can easily share, download and install these Actions.

“We’re excited to see the limitless potential with Actions by giving developers the freedom to implement their own tools to increase the efficiency of artists and their workflow,” said ftrack CEO Fredrik Limsäter. “With the new asset-based workflow that’s coming between NUKE STUDIO and ftrack, artists will benefit from smooth, off-the-shelf access to creative project management.”

The Foundry’s futures tech preview at NAB will show off some of these integration elements and new features – find it at booth SL6329.