Taylor co-wrote and directed Fritz the Cat sequel Nine Lives of Fritz the Cat, the first animated film to compete at Cannes for the Palme D’Or. 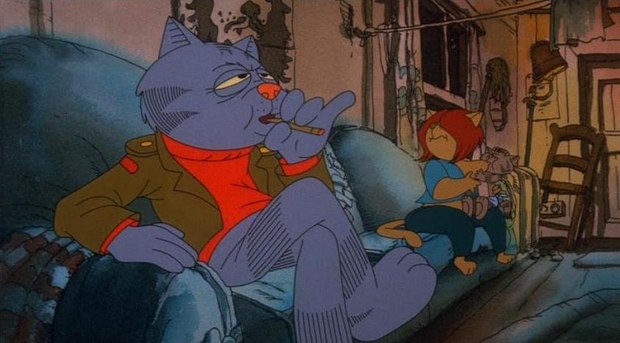 It is with a heavy heart that AWN reports that animator and director Robert Taylor has passed away.

Taylor is most widely known for his work as the lead animator on Ralph Bakshi’s X-rated animated feature Fritz the Cat, along with its sequel Nine Lives of Fritz the Cat, which he co-wrote and directed.

Taylor died December 11 in Woodland Hills of complications from the lung disease COPD. He was 70. The news comes from his daughter-in-law, Paramount home media distribution executive Sarah Kuchelmeister Taylor.

Without the involvement of Bakshi or Crumb, Taylor also directed, co-wrote and animated the R-rated Fritz the Cat sequel, The Nine Lives of Fritz the Cat, which in 1974 became the first animated film to compete at Cannes for the Palme D’Or.

Taylor also worked at Hanna-Barbera, where he directed and co-wrote the 1982 feature Heidi’s Song, and was the uncredited but widely acknowledged co-director of the studio’s 1987 animated feature Rock Odyssey. Tracing American history with the help of a talking jukebox voiced by Scatman Crothers, Rock Odyssey was shelved after a single public viewing for its gritty treatment of the 1960s and Taylor left the studio soon afterward.

During the 1980s, and until his retirement in 2001, Taylor worked on numerous animated properties for film and television, including Hanna-Barbera’s Challenge of the GoBots as well as Klasky Csupo’s Wild Thornberrys and Rugrats. In 1991, Taylor won a won a Primetime Emmy for co-producing the Disney Channel series TaleSpin.

In addition to his daughter-in-law, Taylor is survived by his children Scott (Kuchelmeister Taylor’s husband), Riena (and her husband Jeff), Stephanie (and her husband Dieter), Travis (and his wife Brandy) and Jesse, and his grandchildren Kayla, Cage and Odin.

A memorial service will take place at 10:00 a.m. on Saturday, December 20, at Oakwood Cemetery in Chatsworth, CA.