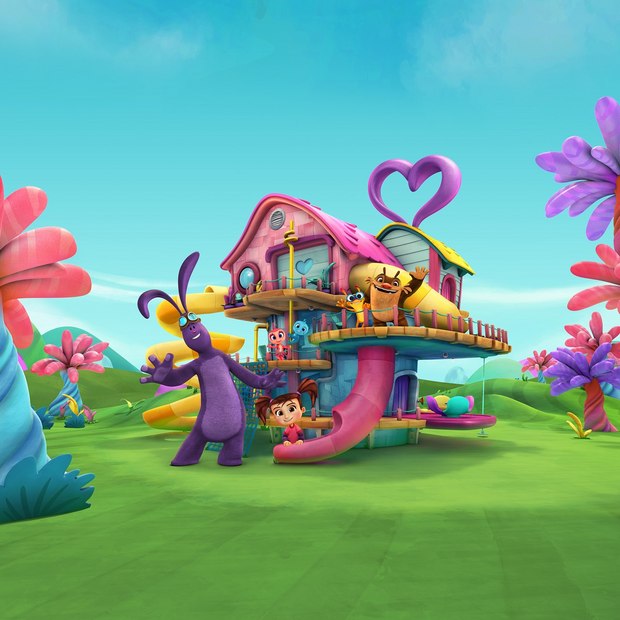 FremantleMedia Kids & Family has agreed to a deal for its highly successful preschool properties Kate & Mim-Mim (Series 1) and Tree Fu Tom (Series 1 and 2) to be screened on Chinese state-owned channel CCTV Children’s Channel (CCTV-14) this year, starting with Kate & Mim-Mim this month. The historic deal marks FMK’s first ever partnership with the broadcaster which is accessible to over 1 billion viewers.

The CCTV agreement is complemented by a swathe of additional deals secured for Kate & Mim-Mim and Tree Fu Tom that will see the properties also streamed on China’s leading digital platforms YoukuTudou, iQIYI, Tencent, Mango, Sohu and LETV reaching billions of viewers on a daily basis.

In addition, FMK is teaming up with internationally acclaimed Chinese actress Zhou Xun who has recorded 32 Kate & Mim-Mim stories for SINA Corporation’s newly launched storytelling machine called “Habbie”. Extensive PR for the initiative will extend the support for FMK’s popular preschool brand about a little girl and her purple bunny playmate.

These latest deals and initiatives were brokered by FMK’s Hong Kong-based SVP Henry Or, and underline the division’s commitment to becoming one of the most active and successful western kids and family entertainment companies working in the region.

“CCTV is the number-one broadcaster in China, and the combination of the exposure on the channel as well as the support of China’s leading digital platforms will give us a far-reaching footprint in the country and unprecedented brand support,” said Rick Glankler, President and General Manager, FremantleMedia Kids & Family. “Both Tree Fu Tom and Kate & Mim-Mim have proved hugely successful with preschoolers round the world, and we are excited to introduce them to the Chinese preschool audience. In addition, our on-the-ground team enables us to maximize local support and help drive deeper brand engagement creating a strong platform for ancillary licensing in the months to come.”

Tree Fu Tom is an action adventure animation series set in the enchanted world of Treetopolis where movement creates magic. Tom appears to be a normal young boy but putting on his magic belt and performing a special sequence of magic action-movements (known as Tree Fu) with the audience’s participation transforms him into a tiny but mighty magical super-hero.

Five-year-old Kate stars with her larger-than-life bunny buddy Mim-Mim in the innovative preschool series Kate & Mim-Mim that has captivated preschoolers worldwide. Kate is today’s girl in today’s world, setting off on fun and fantastical adventures in the imaginary world of Mimiloo. Together with Mim-Mim and their gang of friends she travels to exciting places, all in the hope of solving puzzling problems she has encountered in the real world.