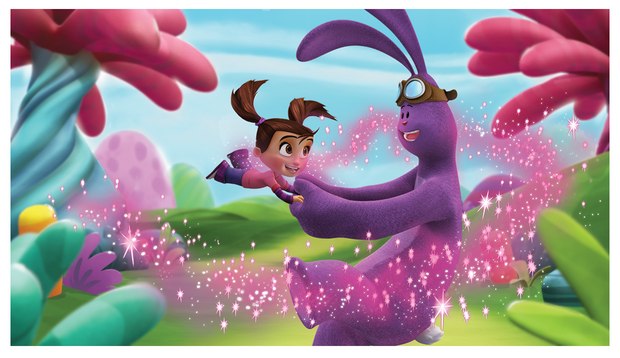 FremantleMedia Kids & Family Entertainment has announced that its hit new pre-school property Kate & Mim-Mim (52 x 11’) has been acquired by a number of major overseas channels including DR in Denmark, SVT in Sweden, Clan in Spain, Panda in Portugal,  Lagardere (Tiji and Gulli) in France and Mini Max in Central Eastern Europe. These latest deals follow the announcement in June that the series has been sold to Super RTL in Germany.

The CG animated series made its screen debut on CBeebies in the UK in August and is also airing on BBC Kids and the Knowledge Network in Canada, with Super RTL planning to air the series later on in the year.

On CBeebies Kate & Mim-Mim has proved a giant hit with its young audience, consistently ranking at number one in its timeslot across the channel’s key demographics. Among housewives with children 0-3 and children 4-6 Kate & Mim-Mim achieved an average share of 20.6% across its first runs.

Joss Duffield, VP Distribution and Sales FremantleMedia Kids & Family Entertainment said, “Kate & Mim-Mim are proving to be as adventurous and well-travelled in real-life as they are on screen! We are thrilled that so many overseas broadcasters have taken such an interest in the series and we look forward to showcasing them on these prominent European platforms.”

Aimed at 2-5 year olds, and inspired by a real life girl Kate & Mim-Mim follows the adventures of Kate, a feisty little girl who, together with her toy rabbit Mim-Mim, travels to the fantasy world of Mimiloo where Mim-Mim comes alive as a larger-than-life playmate. In each episode, Kate & Mim-Mim and their group of loveable friends discover exciting new places and set off on adventures, all in the hope of solving a puzzling problem Kate has encountered in the real world.

Created by the award-winning husband and wife team Scott and Julie Stewart, Kate & Mim-Mim is produced and developed by Nerd Corps Entertainment. FremantleMedia Kids & Family Entertainment holds the exclusive worldwide TV distribution and licensing rights to the property outside of Canada.