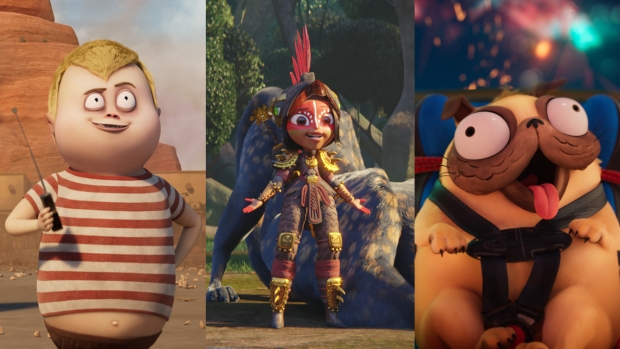 VIEW Conference 2021 has announced an expansive free program of events featuring master filmmakers and leaders in animation, VFX, virtual production and games. The conference and accompanying VIEWFest film festival take place from October 17 to 22, in the city of Torino, Italy, with online access opening up the entire week of events to a global audience of industry professionals, students and enthusiasts. With a grand total of 252 speakers and 161 talks, panels, workshops, masterclasses and inspiring keynote speeches, this year’s conference is bigger and more inclusive than ever.

For the second year running, VIEW Conference is completely FREE to attend. A simple registration process unlocks access to all sessions and is available via the official website. With four strands running simultaneously through the week of the conference, many attendees will be eager to catch up with all the sessions they miss. Premium on-demand tickets are available to purchase, giving online access to session recordings for timescales ranging from one to three months.

Free registration is available here, where you will also find more information about the premium on-demand ticket sales.

This year’s special guests include:

Representation and diversity - This year speakers:

Acclaimed filmmakers and their creative teams will participate in talks and panels – films under discussion include:

Alongside its focus on feature films, VIEW Conference delves into the latest episodic series:

Look for more talks on recent blockbusters including:

Short films are firmly in the spotlight at VIEW Conference 2021:

The new world of virtual production and real-time rendering comes under further scrutiny in a mind-expanding range of sessions. Leading innovators discussing the cutting-edge technology include:

VIEW will present a panel bringing together the chief technology officers of three industry powerhouses:

This year, a number of visiting film directors will participate in VIEW Conference’s legendary program of workshops and masterclasses. The conference brings masters and students together, giving attendees the unique opportunity to participate in a life-drawing workshop with directors Tomm Moore and Kris Pearn (The Willoughbys), and a storytelling workshops with Mike Rianda, director of The Mitchells vs. the Machines.

Other workshops cover a wealth of creative disciplines, including worldbuilding and art direction:

VIEW Conference will present a large selection of workshops and masterclasses designed to expand knowledge and advance skills in software including:

Embrace the future with Pioneers in the VFX and Computer Graphics Industry:

“The VIEW Conference program for 2021 goes beyond my wildest dreams,” shared conference director Dr. Maria Elena Gutierrez. “I am so excited about the breadth, depth and quality of content we have available this year, and so grateful to all the masters of their craft who are joining us for this week of inspiration, education and celebration. VIEW Conference has a big heart, and I know that the enthusiasm and commitment of everyone involved will make VIEW Conference 2021 the most memorable yet.”

Visit the VIEW Conference website for the complete program of events.