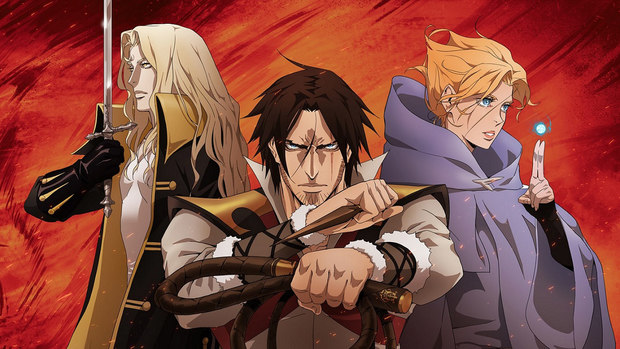 Frederator’s animated series ‘Castlevania,’ based on the sprawling video game franchise from Konami, is available for streaming exclusively on Netflix.

NEW YORK -- Frederator Networks, A WOW! Unlimited Media company known for its breakout hits in the animation space including Bee and Puppycat, Bravest Warriors, and most recently Netflix’s Castlevania, are announcing today the promotion of Kenneth Ash, a Fullscreen alum who has been with the company for a year, to Director of Networks, Social Video Strategies and Operations, and has elevated or appointed a number of additional staff members to support their burgeoning multi-channel network. Channel Frederator Network is the company’s YouTube-focused multi-channel network that helps creators develop audiences, manage their intellectual property, monetize their work, and other important aspects of creating video content. Channel Frederator Network was established with one of Frederator Networks’ key promises in mind: to find and nurture talent from across the world to fulfill their creative aspirations. The network has grown into a 3,000-member community of animation, art, gaming and entertainment-focused creators.

Several new hires have been added to the Channel Frederator Network team in order to provide more service to members and to enable continued expansion. Additions to the team include Andrea Metivier, who recently joined the company as Network Operations Manager, overseeing the general day-to-day operations of the MCN.  She most recently was an associate producer for the highly successful Mother Goose Club family of YouTube Channels.  Meanwhile, Marley Diazdelvalle has been promoted to Lead Talent Coordinator, while Autumn Myers and Nick Reid join Channel Frederator Network as Talent Coordinators.  Thomas Torchio has also been hired as Network Operations Coordinator.

In addition to these new hires comes a promotion to a leadership position for Kenneth Ash. In his new role as Director of Networks at Frederator, Ash will oversee talent acquisition & strategy, operations, business development, and network growth.

“We searched long and hard for someone of Kenny’s caliber and bringing him on-board in May 2017 was one of the best decisions we’ve made,” said Jeremy Rosen, VP of Programming & Networks at Frederator. “Kenny’s grown quickly into the role and our network’s growth has followed under his enthusiastic eye and attention to detail.  With that growth comes our growing and talented network teams.  I am happy to announce his promotion to Director of Networks.”

Since starting in 2015, the network has amassed over 140 million subscribers on YouTube with an average of 2.5 billion views per month. Channel Frederator Network recently reorganized to tackle related and adjacent verticals to animation, including gaming, entertainment, speed art, cosplay, and other digital arts. This reorganization includes two new sub-networks: The Leaderboard Network focused on gaming, and Cinematica Network, focused on entertainment, speed art, cosplay, and related digital arts and fandom.

Channel Frederator Network members include 5 Minute Crafts, Jaiden Animations, Domics, ChaoticCanineCulture, The Kindergarten, The Roundtable, Saberspark, Piemations, and more. A key component of the “Frederator Loves You” promise is a dedication to help every member achieve their dreams and express themselves creatively.

Members of the network receive 360 degree protection for video, images, sound effects & music with libraries of royalty free assets. The network provides affiliate opportunities & sponsorships, tools & platforms to help members succeed on YouTube, opportunities for gaming and animation platform discounts, Patreon and marketing/merch account management, the option to pitch a cartoon to Frederator, and much more.