Fred Seibert and animation phenom Natasha Allegri discuss the anatomy of an animated mega-hit on Saturday, October 11 at 3:00PM in Room 1A10. 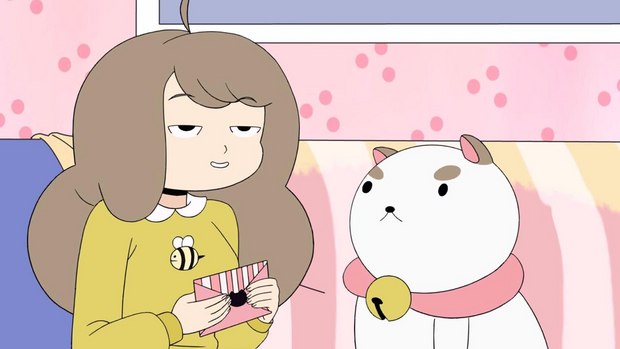 What happens when an animation legend gets behind a new creative vision in the genre? You get Bee & Puppycat. Created by Natasha Allegri (Adventure Time), Bee & Puppycat fueled the most successful Kickstarter campaign for an animated series and the fourth-largest funding of all-time on the crowdsourcing network. Bee & Puppycat has quickly become one of the most anticipated animated series in recent memory and it won’t be airing on any TV network.

On Saturday, October 11, at 3:00PM, at Comic Con New York, Natasha Allegri and series Producer and Head of Frederator Studios, Fred Seibert (Adventure Time, Fairly OddParents, Bravest Warriors), will sit down to discuss what it is about Bee & Puppycat that has struck such a cord with audiences and how they intend to make it a hit. The event takes place in Room 1A10.

Loved by fans across the globe, Bee & Puppycat originally debuted on Cartoon Hangover in July 2013 as a two-part, 10-minute short and became an immediate hit, amassing more than four million views and driving both male and female viewership. A Kickstarter campaign was launched in October 2013 with the goal to garner enough funding to create six new episodes of the breakout hit. The success of the crowdsourcing campaign, which amassed more than 18,000 backers and $872,133 in funding, has enabled Frederator to create additional episodes.

Bee & Puppycat follows Bee, an out-of-work twenty-something, who has a life-changing collision with a mysterious creature that she refers to as Puppycat, because she is not sure if it is a dog, cat, or both. Between space and time, Bee & Puppycat take intergalactic babysitting gigs to pay another month’s rent, and embark on adventures that include betrayal, intrigue, and magical transformations. As a “traditionally animated” series, all elements of Bee & Puppycat are drawn by hand. Bee & Puppycat will debut this fall on Cartoon Hanagover, which is Channel Frederator Network’s flagship channel and continues to soar with the success of signature franchise Bravest Warriors, among other programs. Cartoon Hangover boasts more than 120 million views and 1.3 million subscribers.