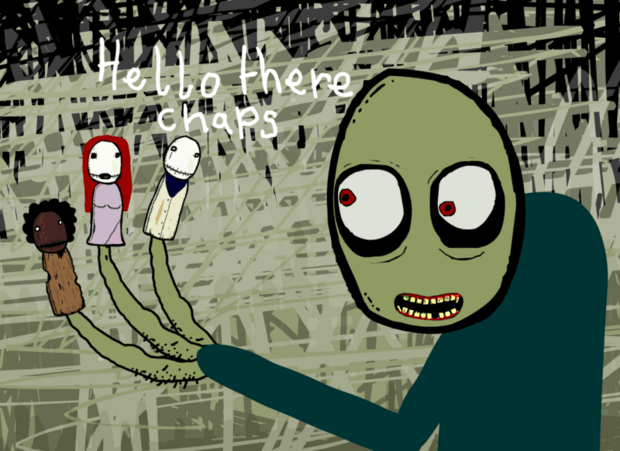 NEW YORK -- As many went on vacation this summer, Channel Frederator Network continued its domination of the online animation space, bringing more than 200 new channels to its network in June and July -- further establishing itself as the undisputed digital leader in delivering the world’s freshest and most cutting-edge line up of animated content. With the recent signing of such red hot animated channels as David Firth’s Salad Fingers, FlashFacilitoChips, RusPlaying, LewToons and FlyingPanda1990, Channel Frederator Network now boasts more than 550 channels in its networks representing popular animated programming from across the globe, with a combined subscriber base of more than 9.5 million.

The expansion of the Channel Frederator Network also comes as its flagship channel Cartoon Hangover continues to soar with the success of signature franchise Bravest Warriors, the Too Cool! shorts anthology, and growing interest in the initial Bee & Puppycat pilot which has driven channel views past 120 million and subscribership to 1.3 million.

The influx of top talent to the Channel Frederator Network -- which also include such blockbuster hit channels as Simon Tofield’s Simon’s Cat, Jason Steele’s FilmCow Channel (Charlie The Unicorn, Llamas with Hats), and Sam Green Media -- follows the network’s proclamation of its “Declaration of Cartoon Independents,” making it the home to creative and disparate visions for all styles of animators. Designed as a collaborative forum through which independent voices can be heard, seen, and supported by one of the foremost pioneers in animation, Fred Seibert, Channel Frederator Network is the premier network for animators.

Seibert said, “This is a milestone, not only for our network, but for all of our partners and the independent channels that are helping to make this the best destination to access a dynamic mix of fresh and entertaining voices. We truly look at this as a creative hub for animators to tap into their own visions, unencumbered and without influence so that they can create amazing and extremely distinct programming.”

Channel Frederator Network will continue to fuel the fire with an array of new programming that will be introduced throughout 2014 led by the highly-anticipated first season of Bee & Puppycat this fall. The eagerly awaited series follows a two-part pilot episode that sparked the highest ever Kickstarter campaign for an animated program, raising more than $800,000.