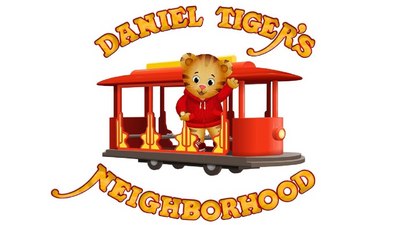 In recognition of the donation, Rite Aid CEO of stores and President of Rite Aid Corporation Ken Martindale, who also serves as president of The Rite Aid Foundation, and The Fred Rogers Company President William Isler, hosted a press conference at the Heinz History Center. Martindale and Isler were to be joined by the star of Daniel Tiger’s Neighborhood, Daniel Tiger.

“The mission of The Fred Rogers Company perfectly aligns with The Rite Aid Foundation’s goal of supporting the health and wellbeing of children in the neighborhoods we serve,” said Martindale. “A beloved part of households nationwide, every day, Daniel Tiger and his friends are teaching young viewers important life lessons and social skills, helping them grow and learn. The Rite Aid Foundation is proud to partner with The Fred Rogers Company and Daniel Tiger’s Neighborhood and join them in their efforts to promote positive childhood development in the most formative years.”

“We are so grateful to The Rite Aid Foundation for its invaluable support, which will allow us to continue to positively reach and connect with millions of young children and their families throughout the U.S.,” said Isler. “Just as The Rite Aid Foundation’s KidCents program serves communities from coast-to-coast, Daniel Tiger’s Neighborhood is a close and trusted friend to preschoolers and their moms, dads, and caregivers in communities nationwide, and we look forward to serving many more families in the years to come with the help of this generous donation.”

As part of the partnership, a special Rite Aid Foundation underwriting spot will air before and after every episode of Daniel Tiger’s Neighborhood, beginning next month. Underwriting credits will also be included on digital platforms, building awareness about The Rite Aid Foundation’s KidCents program among fans of the series.

Daniel Tiger’s Neighborhood follows the adventures of 4-year-old Daniel Tiger and uses musical strategies grounded in Fred Rogers’ landmark social-emotional curriculum. Through imagination, creativity, and music, Daniel and his friends learn the key social skills necessary for success in school and in life. The popular animated series was created by some of today’s preeminent innovators of quality children’s media. Creator Angela Santomero, from lead production partner Out of the Blue Enterprises, is co-executive producer, along with Kevin Morrison of The Fred Rogers Company and Vince Commisso of the award-winning animation studio, 9 Story Entertainment.

Daniel Tiger's Neighborhood has garnered a host of prestigious awards, and most recently was nominated for a 2015 Daytime Emmy Award for Outstanding Writing in a Preschool Animated Program. This recognition follows a string of additional honors, including a 2015 Parents’ Choice Gold Award and 2014 Prix Jeunesse International Selection as well as the 2013 Kidscreen Award for Best Animated Series in the Preschool Category, and 2013 Cynopsis: Kids! Imagination Award for Preschool Series.

KidCents was developed by The Rite Aid Foundation to provide Rite Aid customers an opportunity to do even more to help the kids in the communities Rite Aid serves. Through KidCents, members of Rite Aid's wellness+ with Plenti program can round up their in-store or online purchases to the nearest dollar and give their change to one of more than 300 nonprofit organizations focused on improving the health and wellbeing of children.

Since its inception in 2001, The Rite Aid Foundation has awarded nearly $21 million to non-profit organizations. Additionally, Rite Aid, through the efforts of its customers, supplier partners and associates, has also raised more than $75 million for Children's Miracle Network Hospitals across the country since 1994.