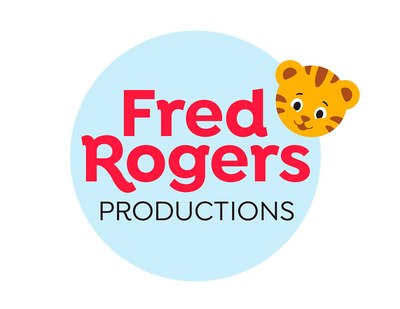 The change is designed to better reflect the company’s expanding catalog of programs, which today encompasses top-rated multiplatform PBS KIDS series such as Daniel Tiger’s Neighborhood, Peg + Cat, and Odd Squad as well as popular apps, games and more. Along with the new name is a refreshed logo featuring an image of Daniel Tiger to more clearly connect the company with its signature property. The rebrand was done in partnership with The Possibility Shop and SJI Associates.

“The name change helps position us for continued growth in all areas of children’s entertainment production, while reflecting the company’s deep roots in social-emotional learning and our iconic namesake,” said Paul Siefken, President and CEO of Fred Rogers Productions. “We remain committed to inspiring a lifetime of learning in children and to earning the trust of their parents and caregivers every day.”

One of the most trusted names in children’s media, the company has a sterling reputation as a producer of children’s educational and entertaining media. Beginning with Daniel Tiger’s Neighborhood, its first original series since the iconic Mister Rogers’ Neighborhood, which revolutionized television as an early learning tool, the company’s mission continues to be reaching young children, families and educators in innovative, effective ways by harnessing the power of media.

Building on its 50-year history of success with exceptional programming for every platform, the company and its programs have earned numerous prestigious awards and honors, including 23 Daytime Emmys, multiple Parents’ Choice Gold Awards, a host of Common Sense Media Awards, and, most recently, an Institutional Peabody Award, among other accolades.

In March 2018 alone, the company’s programs reached more than 7 million kids ages 2-8 and garnered more than 50 million views through streaming video. Daniel Tiger’s Neighborhood, a top PBS KIDS show among preschoolers and moms, accounts for nearly 500 million video streams per year, and its mobile apps have been downloaded more than 2 million times.

Stats for the company’s other hit shows are also impressive: Peg + Cat, the animated math and problem-solving series, racks up an average of 145 million video streams per year; and Odd Squad, the live-action problem-solving PBS KIDS series, averages over 27 million streams digitally per month.