France Leads 2014 Pulcinella Awards at Cartoon on the Bay

Winners are announced for the 2014 edition of Cartoons on the Bay, with France dominating the competition with six Pulcinella Awards. 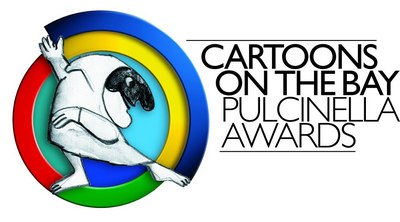 Winners have been announced for the 2014 edition of Cartoons on the Bay, with France dominating the competition with six Pulcinella Awards.

The Pulcinella Awards are the international TV animation competition of Italian festival Cartoons on the Bay, held this year in Venice April 10-12.

Also announced were the three winning projects of the Pitch Me competition: Elements Experiments by Sinne Mutsaers and Marco Bonini; Blanco by Marco Farace and Benedetto Sicca; and Nando Power: An Italian Superhero in Moscow by Lorenzo Garbuglia.

The festival also presented lifetime achievement awards to Russian animator Aleksandr Petrov and Argentinean animator Guillermo Mordillo, known to his fans as Mordillo. Russia, the guest country for this year’s event, was given the spotlight at Cartoon on the Bay. In addition to Petrov, top Russian animators in attendance included four-time Oscar nominee and jury member Konstantin Bronzit, Ivan Maximov, Igor Kovalyov and Vadim Sotskov.