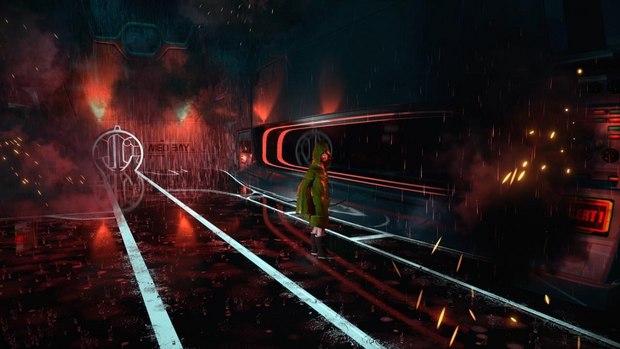 ‘Somnia, a VR experience currently in development at London-headquartered VFX house Framestore, and billed as an “interactive narrative of space, technology, and isolation,” marks the first original IP from Framestore VR Studio. which precedes the impending ‘Somnia series. Set in late 1980’s Copenhagen, ‘Somnia: Origins features an international group of neuroscience graduate students using first-generation virtual reality headsets to further their research on human visualization. By night, they explore the impossible using homemade audio loops that evoke vivid lucid dreams. While exchanging tapes, one student, Eric, mentions that his latest loop conjured a brooding, paunchy older man who called himself The Master. Upon trying Eric’s tape, another student, Yasu, is shocked when this same character appears in his dream. Who is The Master? And what are his intentions?

The yet-to-be-released ‘Somnia’ begins simply: a starship, a child-like robot, and an epic quest to save the world. Memories reveal our hero’s past. These alternate with tasks and explorations aboard the vessel and across our solar system. Genres and techniques collide as virtual reality is both the subject of, and the vehicle for, this startling and exciting journey.

Check out the trailer for ‘Somnia in the player below:

The project is part of the slate of Framestore Ventures, the internal incubator and development arm of Framestore, which has also invested in Madefire. Other investors include Plus Capital, and several of the top creators in the world including Kevin Spacey and Drake. Existing investors and new strategic investors also include True Ventures, Big Loud Capital and Anthem Ventures.

To experience the future of Comics in VR, download the free Madefire preview app for Oculus Gear VR here.