Framestore Takes Top Honors at The One Club for Creativity

The One Club for Creativity awards has honored Framestore with 49 trophies across five projects, including 18 gold awards for ‘Field Trip to Mars,’ all for the production company’s innovative work in virtual and augmented reality. 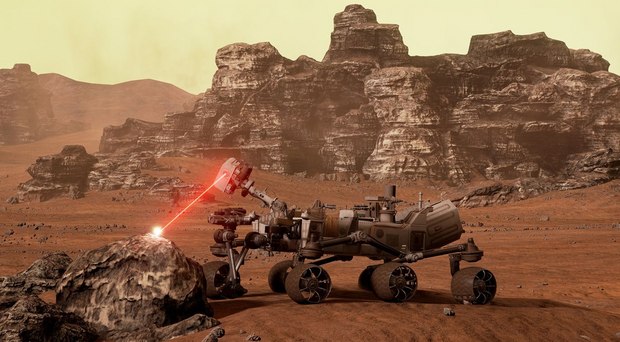 VR/AR experience ‘Field Trip to Mars’ garnered 18 Gold, 1 Silver, and 6 Merit awards for Framestore at The One Show

The One Club for Creativity awards has honored Oscar and BAFTA-winning production company Framestore with 49 trophies across five projects, and both the Art Directors Club and The One Show have named Framestore Production Company of the Year for its innovative work.

“It’s well known that Framestore is an elite production company, but ‘Field Trip to Mars’ catapulted them to Production Company of the Year for The One Show and the ADC Annual Awards,” said Kevin Swanepoel, CEO of The One Club for Creativity. “They created a new technology and blurred the lines between VR and AR to create a solution that catered specifically and powerfully to the brief in a campaign that will have ripple effects in the industry for years to come.”

Globally recognized for its visual effects work, Framestore has made a name as an innovator in experiential technology, illustrated by the breadth of the company’s partnerships and project awards in the space. Recent award-winning projects include “Google Arts & Culture,” and the Natural History Museum’s “Back to Life in Virtual Reality,” Fantastic Beasts and Where to Find Them VR experience with Warner Bros, “Audi’s ‘Desolation,” National Geographic’s MARS television title sequence, and the inimitable “Field Trip to Mars” with Lockheed Martin and McCann NY.

At The One Show, “Field Trip to Mars” collected 18 gold, 1 silver and 6 merits; “Google Arts & Culture” picked up 2 gold and 3 silver and Fantastic Beasts VR won a gold and a bronze. National Geographic’s MARS title sequence was honored with a merit. In addition, “Field Trip to Mars” won the coveted ADC Black Cube in Digital for best in discipline, 8 gold, 2 silver, 1 bronze, and 1 merit, Audi and Airbnb’s “Desolation” collected a merit, and “Google Arts & Culture” took 2 gold at the ADC. The “Field Trip to Mars” project has won an astonishing 111 awards since its launch in 2016, and the project continues to tour America, visiting STEM education centers for children.

“‘Field Trip to Mars’ is a perfect project to demonstrate Framestore’s evolution and the unique skill set of our unparalleled staff,” says Jonathan Shipman, Managing Director of Framestore’s New York office. “We’ve been diversifying our creative and technological capabilities for years and we are pleased to receive this recognition for our efforts.”