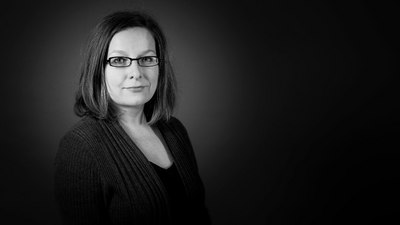 MONTRÉAL -- Framestore announced the promotion of Lucy Killick to the role of Managing Director in Montréal. Lucy joins the team from Framestore’s award-winning Film department in London, where she held the role of Executive Producer.

Lucy will lead a team of more than 300 employees at Framestore’s Montréal base beginning January. She and her team will ensure delivery of the highest quality visual effects to studio clients. As an established VFX Producer she has worked on titles such as Chris Columbus’ Harry Potter and the Chamber of Secrets, Alfonso Cuarón’s Children of Men, and Guillermo del Toro’s Hellboy II: The Golden Army. With experience working both facility and production side, Lucy holds an in-depth understanding of the challenges of the industry, and will work to provide the leadership and support needed to see Framestore’s expansion in the region.

“Our rapid, but stable, growth in Montréal has seen us deliver VFX work seamlessly for nearly three years now,” said Killick. “Our challenge is to continue recruitment in a competitive market whilst ensuring we maintain the high standards associated with the Framestore brand.”

Sir William Sargent, CEO of Framestore, announced plans to significantly expand the workforce in Montréal earlier this year, upon a visit by Premier of Quebec Mr Philippe Couillard, and Ministers Jacques Daoust and Robert Poëti. With solid foundations now built in the city, Framestore will look to nurture talent in Montréal and recruit the very best at an increasingly busy time for the industry.

Commented Matt Fox, Joint MD of Film, “We are delighted that Lucy is taking up this key position in our Montréal studio. Lucy has in-depth knowledge of the Film VFX industry, combining a prolific career as our client along with a history in VFX production at Framestore. This makes her an ideal person to take on this senior management role, ensuring that Framestore’s ethos of a highly creative, technically cutting-edge, and production-focused approach underpins all that we do as we continue to grow and develop the superb talents of our Montréal team.”