Award-winning Psyop alum to be based out of Framestore’s Los Angeles office. 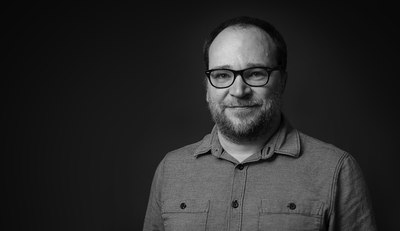 Framestore Pictures has announces the signing of director Laurent Ledru to the company for U.S. representation.

Ledru, who will be based out of Framestore’s Los Angeles office, started his career as a video game artist in Paris. He later moved to the U.S. and began working on both feature films and commercials, eventually finding a home at Method Studios and later joining Psyop in 2008. As a partner at Psyop, Ledru was part of the team to establish the company in LA. With his diverse background in live action, visual effects, and creative direction, Ledru is a natural addition to Framestore Pictures, as the studio continues to create work at the meeting point of creativity and technology.

“I am looking forward to the opportunities to come with Framestore Pictures,” says Ledru. “My ‘savoir faire,’ partnered with their work, will be a perfect match to create strong, narrative stories with stellar visual effects.”

A highly skilled director with a true talent for visual storytelling, Ledru seamlessly blends dynamic, effect driven work with beautiful, live-action film. Laurent has helmed work for brands such as Apple, Samsung, Microsoft, Uber, BMW, Nike, and Under Armour, and has been honored with numerous awards, including a CLIO, several VES and AICP nominations, a silver Cannes Lion, D&AD Gold Pencil, and LIA award. His spot “Keep the Peace,” for Honda, is a recent favorite, as it allowed for the opportunity to create blockbuster-sized visuals and monsters, and grew out of a close collaboration with the agency, RPA.

For a director who loves to push boundaries, Framestore Pictures is an ideal fit. The award-winning studio, which has previously been gilded as Production Company of the Year by the Clios, LIA, The One Show, and the Art Directors Club, has produced a variety of work across both traditional and emerging media platforms since it was established in 2013. The company’s notable credits range from the first ever headset-free group virtual reality experience “Field Trip to Mars” for Lockheed Martin to last year’s eye-catching spot “Choose Great” for Buchanan’s featuring Chris Hemsworth.

“Laurent is a formidable storyteller, and adding him to our roster opens many opportunities to our clients, allowing us to provide greater access to the best creative talent and even better integrated solutions to the challenges we continue to face in the ever-evolving media landscape,” comments Framestore Pictures executive producer Guillaume Raffi.