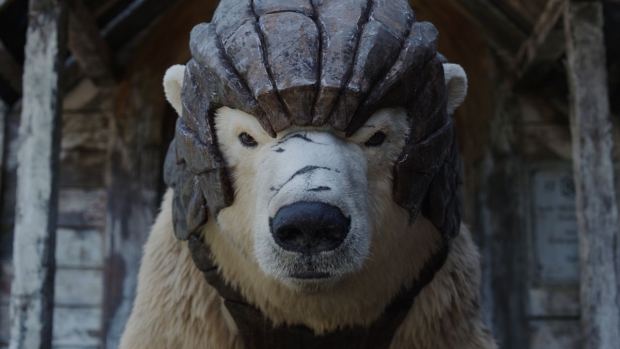 His Dark Materials, the drama based on the series of novels by Philip Pullman, received two awards: Special, Visual & Graphic Effects and Titles & Graphic Identity.

Framestore, winner for Special, Visual & Graphic Effects, served as key creative collaborator and sole VFX studio on the eight-episode show, bringing Bad Wolf’s ambitious adaption of the Philip Pullman classic to life. Key to the show’s story are a rich, nuanced, convincing CG cast of photoreal creatures, from the dæmons that accompany every single member of the show’s cast to the huge, imposing, armour-clad panserbjørne - the formidable polar bears that play such a significant role in the first season’s story. Beyond its signature character work, Framestore was also pivotal in crafting the world the characters inhabit, from the show’s waterways and alternate Oxford to the frozen, hostile environments of Bolvangar and the the Svalbard mountains.

Russell Dodgson, Series VFX Supervisor, commented on the win, “We wanted to make sure the characters we created and the world we built around them did justice to Philip Pullman’s original work - every detail had to be perfect, and it’s beyond heartening for our artists to have their hard work and craftsmanship recognized by the industry like this. We’re currently deep in post for the show’s second season, and this is a tremendous boost for every single one of us.”

“His Dark Materials” Main Title from Elastic on Vimeo.

BAFTA continues to shine a spotlight on the very best emerging talent in the industry with the Breakthrough Talent category, won this year by Aisling Bea for her writing debut This Way Up.

Nicky Sargent and Vikki Dunn, joint founding directors of The Farm Group, were honored with the BAFTA Special Award, one of BAFTA’s highest honors. The pair received the award in recognition of their exceptional careers and dedication to the field of post-production.

Click here for a complete breakdown of all the winners and nominees.