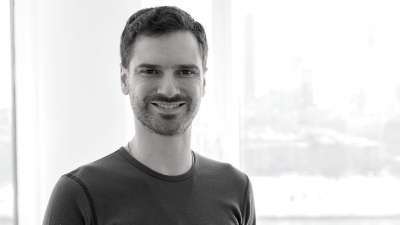 “Thomas is a holistic problem-solver of the highest caliber, capable of delivering amazing images,” noted Howell. “The four seasons of experience on Game of Thrones, in addition to the countless other shows he’s worked on, has equipped him with the expertise to lead teams with a strategic mindset. We’re thrilled to welcome him to Framestore in New York as part of our exceptional episodic department.”

Joining Framestore from Rodeo FX in Montreal, Brodeur has spent the last decade as a digital compositor, digital compositing supervisor, and most recently VFX supervisor on primetime shows such as Black Sails, Crawl and Watchmen. His work on Game of Thrones (Seasons 4-7) included the job of compositing supervisor for Seasons 6 and 7. He began his career at Framestore in London as a paint and roto artist working on films including Where the Wild Things Are, Avatar, and Sherlock Holmes.

“Many years ago, Framestore gave me my first shot at a dream job,” commented Brodeur. “The opportunity to be back with such an incredible team, pushing the limits of what we are capable of as a company and an industry is extremely exciting to me.”

Brodeur has received several industry awards, including a VES Award for Outstanding Environment in a Photoreal Episode for Game of Thrones, as well as a Giant Screen Cinema Association (GSCA) Award for Best Visual Effects. He graduated from Collège Mérici in Quebec City with a diploma in Multimedia, and an AEC degree in Visual Effects Compositing at Institut Grasset. He has taught compositing at Institut Grasset, l’Université du Québec en Abitibi-Témiscamingue (UQAT) and O'Sullivan College of Québec. He also later earned an Undergraduate Certificate in 3D for Visual Effects from UQAT further building his skillset.