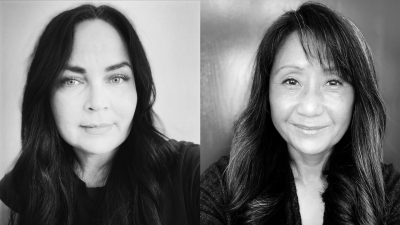 Framestore Vancouver continues to expand its management team with the appointments of Naomi Stopa as managing director and Jinnie Pak as head of production. The new hires are part of the studio’s strategic process of integrating Method Studios’ film and episodic teams in Vancouver, Montreal, and Melbourne into the Framestore operations. The Mumbai office and the company’s pre-production services division have also contributed to the growth of the creative studios’ team of artists, producers, and technologists.

Pak joins from Electronic Arts, where she was senior producer. She has also held roles at ILM and Method. Her VFX production credits include Jungle Cruise, Overlord and Transformers: Age of Extinction.

“Being able to strengthen our new Vancouver studio with such superb talent is a real coup for Framestore,” commented Framestore’s Global managing director, Film, Fiona Walkinshaw. “Naomi and Jinnie have both carved exceptional careers for themselves, and their knowledge, skills and expertise will be pivotal when it comes to building the team, driving forward existing projects, and bringing major new titles to BC. It’s also nice to note that this is a ‘coming home’ of sorts for both Naomi and Jinnie, who both worked for the studio under the Method banner. Their insights and deep knowledge of the Vancouver market will doubtless prove invaluable, both on the ground and as part of our global management team.”

Working from offices in London, Montreal, Vancouver, Melbourne, and Mumbai, Framestore’s team of artists, animators, producers, developers, and engineers working across film and episodic has increased by 40%. The company is currently working on a slate of film and episodic titles for major studios and directors. Upcoming titles include Fantastic Beasts: The Secrets of Dumbledore; 1899; The Little Mermaid; Moon Knight; Doctor Strange in The Multiverse of Madness; Elvis; Slumberland; Top Gun: Maverick; His Dark Materials S3; Ms. Marvel; The School for Good and Evil; The Wheel of Time; Peter Pan and Wend; Spiderhead; Downton Abbey: A New Era; The Sandman; Thor: Love and Thunder; and Men.