Nearly 500 episodes are added to its already extensive line-up of movies and TV series, including new installments of ‘One Piece,’ ‘Dr. Slump,’ ‘Slam Dunk,’ and ‘Ge-Ge-Ge No Kitaro.’ 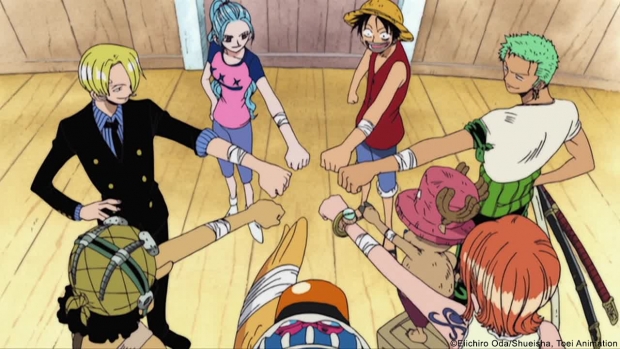 TV installments of One Piece include: Episode of Sabo; Adventure of Nebulandia’ Heart of Gold; Episode of East Blue; and Episode of Skypiea. Other classic and popular anime series soon to stream on Tubi include: Toriko; Saint Seiya: Saintia Sho; Saint Seiya: Hades; Ge-Ge-Ge No Kitaro; Slam Dunk; and Dr. Slump.

“Our new partnership with Toei Animation super serves fans with some of the most iconic anime ever created,” commented Tubi chief content officer Adam Lewinson. “With One Piece, Akira Toriyama’s Dr. Slump, Slam Dunk and more, Tubi viewers will soon have instant access to nearly 500 episodes of some of the world’s best anime, further expanding our powerful collection of animated content.”

“We’re thrilled to bring this collection of six TV specials and nearly 500 series episodes from Toei Animation’s library to Tubi viewers for the first time,” added Toei Animation Inc. president and CEO Masayuki Endo. “From the One Piece specials and series episodes to Saint Seiya and Dr Slump to Ge-Ge-Ge No Kitaro and Slam Dunk, there is something for every anime fan on Tubi to enjoy.”

Based on the best-selling manga title in history by Eiichiro Oda, the One Piece anime series from Toei Animation first premiered in 1999. 960 episodes of the popular franchise have been produced since the initial release. The series follows the adventures of Monkey D. Luffy and his fearless Straw Hat Pirates on a fantastical journey across a world teeming with wonders and imagination. The property has a multi-generational fandom, becoming a global franchise that has expanded beyond print and TV to include film, gaming, amusement parks and merchandise. Tubi has more than 30,000 movies and television shows from over 250 content partners, including nearly every major studio. The service gives fans of films and television programs an easy way to discover new content that is available completely free.