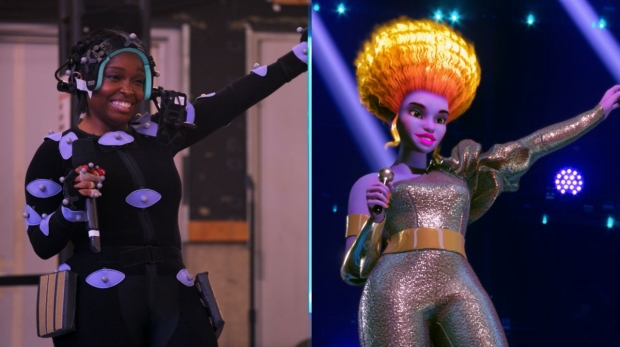 The new singing competition features performers appearing as digital avatars, rather than in-person. With a combination of advanced performance capture technology and AR tools, the performers drive the movement of their digital avatars on stage, in real-time. Hosted by Rocsi Diaz, Alter Ego currently airs on FOX.

The partnership between Silver Spoon and lulu brought the show’s vision to life. Stepping into new creative territory, the companies designed a workflow that sets a new benchmark for live virtual production. Working closely with Fox, Silver Spoon crafted the look of the digital stars, translating initial sketches into fully functional and real-time ready 3D avatars, each with a wardrobe of unique costumes, while lulu handled the real-time AR compositing, virtual lighting and triggering character FX and transitions on stage.

Part of the process included developing innovative special effects such as the ability to cry, blush, and sweat in real-time. Silver Spoon set up a full motion capture volume on set, matching the size of the physical stage on which the AR avatars would appear. Each performer’s body and face were captured in precise detail and translated, in real-time via lulu’s AR compositing tools, to their digital alter ego performing on stage. From start to finish, the production pushed an accelerated timeline, building 22 avatars and recording over 65 avatar performances in just a matter of weeks. “The technology and creative process behind Alter Ego are unique and ground-breaking,” explained Silver Spoon executive producer Laura Herzing. “From the performance capture and Unreal integration to live compositing and real-time controls, every step builds upon the last. The success of this novel real-time pipeline is a testament to the capabilities of everyone involved. As a result, we expect the concept of virtual avatars and performances to continue growing as an established form of live entertainment.”

“lulu was thrilled to work with Fox Alternative Television, Silver Spoon and the entire creative team on Alter Ego to create a new angle on the reality competition genre,” added lulu director Dirk Sanders. “The compressed production cycle required new thinking in order to achieve the five+ performances per episode across the mocap and composing workflows. We’re excited to keep pushing the envelope on what’s possible in live broadcast performances powered by technology.”