With the summer tentpole season officially open, 20th Century Fox unveils a new full-length trailer for ‘Dawn of the Planet of the Apes.’ 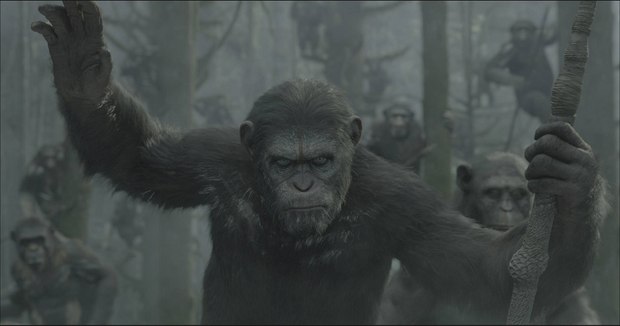 With the summer tentpole season officially open, 20th Century Fox has unveiled a new full-length trailer for Dawn of the Planet of the Apes.

Directed by Matt Reeves, Dawn of the Planet of the Apes stars Jason Clarke, Gary Oldman and Andy Serkis, who plays Caesar, the leader of the apes.

The sequel to 2011′s Rise of the Planet of the Apes, the new film takes place ten years after its predecessor. Caesar and his tribe have colonized the Muir Woods just north of San Francisco and now they are all living in peace, learning to read and write. Here’s the official synopsis:

A growing nation of genetically evolved apes led by Caesar is threatened by a band of human survivors of the devastating virus unleashed a decade earlier. They reach a fragile peace, but it proves short-lived, as both sides are brought to the brink of a war that will determine who will emerge as Earth's dominant species.