‘Batman’ star and ‘Family Guy’ voice actor played an outlandish and hilarious version of himself as the Mayor of Quahog, Rhode Island. 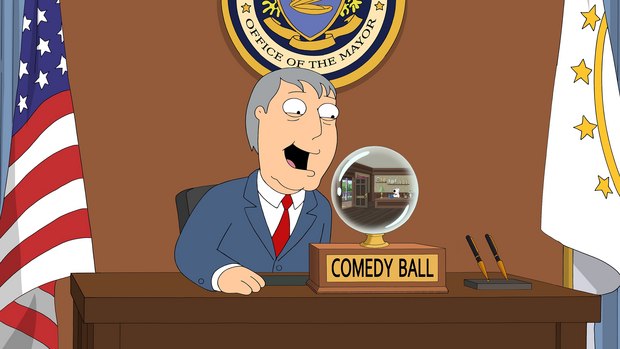 With tributes to Adam West still pouring in, the late actor and voice actor was honored Sunday night with a picture memorializing the show’s mayor before the episode began.

The “In Loving Memory” image preceded a rerun of “The Dating Game,” an episode from the current season that featured West.

The Batman star and Family Guy voice actor died June 9. He was 88.

West voiced an outlandish and hilarious version of himself on Family Guy. West’s mayor of Quahog, Rhode Island, had been a regular character on the show since 2000. Family Guy creator Seth MacFarlane claimed to be devastated by the news.

“Family Guy has lost its mayor, and I have lost a friend,” MacFarlane posted in a statement on Twitter. “Adam West was a joy to work with, and the kind of guy you always wanted to be around. His positivity, good nature, and sense of fun were undeniable, and it was always a big jolt of the best kind of energy when he walked in to record the show.

“He knew comedy, and he knew humanity. I am beyond fortunate to have had the privilege of working with him, and he will be profoundly missed by all of us. Thank you from the bottom of my heart for all that you have given, Mr. Mayor. You’re irreplaceable.”