Emmy Award-winning series created by Loren Bouchard is renewed for an additional 22 episodes. 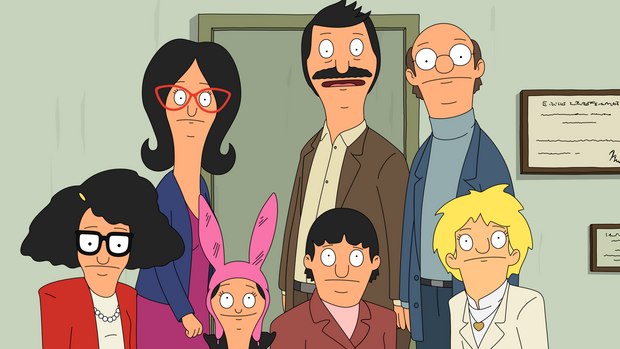 “We can't help but love the Belcher family. This gem of a series is a rare feel-good blend of sharp wit and genuine heart that fans and critics alike have continued to love throughout its five seasons on FOX,” said Fox Television Group chairmen and CEOs Dana Walden and Gary Newman in making the announcement. “We are proud of Loren and Jim and the extremely talented voice cast who bring these unique characters to life with both humor and charm each week. We can’t wait to see what they have in store for Season Six.”

In the next all-new episode of Bob’s Burgers, “Speakeasy Rider,” airing this Sunday, January 11, Tina (Dan Mintz), Gene (Eugene Mirman) and Louise (Kristen Schaal) are ready to put the pedal to the metal when they join a go-kart league. Meanwhile, back at the restaurant, Bob (H. Jon Benjamin) and Teddy (Larry Murphy) partner up to serve Teddy's home-brewed beer on the sly.

In August, Bob’s Burgers won its first Emmy Award for Outstanding Animated Program. The series kicked off its fifth season strong, with viewership for the Season Five premiere up 60 percent from last season's finale. In a testament to the show’s loyal fans, the season’s second episode held 100 percent of the premiere's Adult 18-49 ratings. The series recently was nominated for a 2014 Annie Award in the category of Best General Audience Animated Television/Broadcast Production, and received two 2014 Writers Guild Award nominations in the category of Animation.

Bob’s Burgers follows the ups and downs of Bob, who runs Bob’s Burgers with the help of his wife, Linda (John Roberts), and their three kids, Tina, Gene and Louise. Despite the greasy counters and lousy location, Bob and his family are determined to make the business, and their everyday lives, a success.