MOVA developers suing Disney and Marvel for IP Infringement expand lawsuit to include ‘Deadpool,’ and ‘Terminator: Genisys’ features and ‘Rise of the Tomb Raider’ video game. 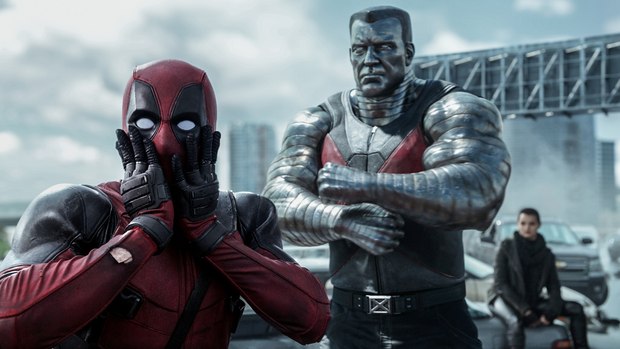 SAN FRANCISCO – A massive intellectual property lawsuit from the owner and inventor of the MOVA Contour Reality Capture motion picture technology has expanded to include Twentieth Century Fox, Paramount Pictures, and Crystal Dynamics, the producer and distributor of the Rise of the Tomb Raider video game, accusing them of using stolen technology and infringing copyrights, trademarks and other intellectual property in blockbusters Deadpool and Terminator: Genisys and the critically-acclaimed video game Rise of the Tomb Raider.

The three new IP lawsuits thrown at Fox, Paramount, and Crystal Dynamics place millions of dollars on the line for the defendants. Deadpool, the highest grossing R-rated film of all time, earned more than $363 million domestically and $783 million worldwide. Terminator: Genisys grossed $89 million domestically and $441 million worldwide throughout its theatrical release, and the latest installation of the Tomb Raider videogame franchise has sold millions of units and received critical acclaim.

The lawsuits are the second blow to some of the entertainment industry’s biggest players, following a lawsuit filed last week detailing Disney and Marvel’s longstanding use of stolen IP to make three of their highest grossing motion pictures to date, Guardians of the Galaxy (2014), Avengers: Age of Ultron (2015), and Beauty and the Beast (2017).

The latest intellectual property complaints filed July 24, 2017 against Fox, Paramount and Crystal Dynamics dive deeper into the widespread unauthorized use of the MOVA Contour technology, revealing that the three knowingly used its revolutionary patented and copyrighted capabilities -- rightfully owned by Rearden LLC, a plaintiff in the suits -- to forge their biggest successes. The IP includes a computer program, arc-shaped Contour camera and lighting rig, synchronized cameras at multiple angles, and specially mixed phosphor-based makeup used to capture thousands of control points on the actor’s face.

The MOVA Contour technology at the core of the lawsuit has been used previously in films to capture the most subtle facial performances from actors such as Brad Pitt in The Curious Case of Benjamin Button, Jeff Bridges in Tron: Legacy, Mark Ruffalo as the Hulk in The Avengers, Daniel Radcliff and Rupert Grint in Harry Potter and the Deathly Hallows, Parts 1 and 2, and many other blockbuster movies.

The lawsuits, filed in the U.S. District Court for the Northern District of California, follow a years-long series of infringed copyrights, patents, and trademarks after the company supplying the technology to the defendants stole it outright from a secured storage facility. In the complaints, Rearden brings claims that Fox, Paramount, and Crystal Dynamics actively infringed its Contour software copyright and its MOVA trademark when they contracted with the thieves.

The lawsuits seek monetary damages, disgorgement of the defendants’ profits on the infringing films and videogame, and injunctions prohibiting defendants from reproducing, distributing, and displaying the films on behalf of the Rearden inventors and owners of the MOVA Contour proprietary technology.

“We believe these defendants -- Disney, Marvel, Fox, Paramount, and Crystal Dynamics -- were all well aware that the MOVA Contour rig, Contour software, and related IP belonged to Rearden,” said Steve Berman, managing partner of Hagens Berman. “They either knew or they should have known that they were dealing with thieves when they used MOVA Contour technology in Deadpool, Terminator: Genisys and Rise of the Tomb Raider.”

In 2012, a Rearden employee (Greg LaSalle) began secret negotiations with Digital Domain 3.0 (DD3), to sell the MOVA Contour system for his personal enrichment, without Rearden’s knowledge. A mysterious Chinese company affiliated with DD3 called Shenzhenshi then appeared on the scene claiming to have bought the MOVA Contour technology and to have licensed it to DD3. In 2013, “LaSalle had access to the secure storage facility where the physical MOVA Contour apparatus was kept, and assisted DD3 in taking the patented MOVA Contour physical apparatus and copies of the copyrighted Contour Program,” according to the lawsuit. DD3 then began secretly offering MOVA Contour facial performance capture services to motion picture studios and production companies, including defendants.

But it was all a ruse. LaSalle wrote to his attorneys that by having Shenzhenshi appear to have acquired the MOVA Assets and licensed them back to DD3, it would “be nearly impossible for Steve [Perlman] to go after them.”

Photographs in the new complaint show the exact apparatus developed and constructed by Rearden and stolen by DD3.