Poehler, Rashida Jones and Wiz Khalifa to voice characters of family comedy set to premiere during the 2019-2020 season. 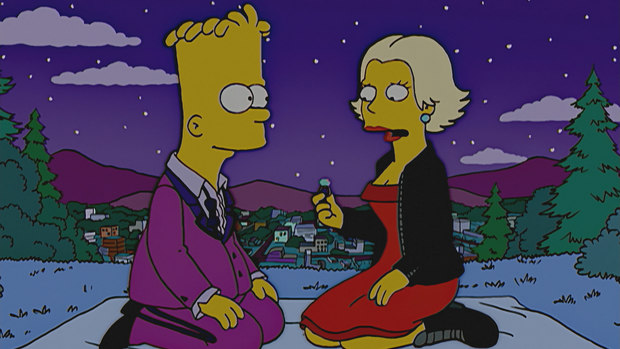 Amy Poehler guest-voiced the role of Bart’s girlfriend and future ex-wife Jenda in ‘The Simpsons’ episodes ‘Super-Drama’ and ‘Days of Future Future.’

FOX has ordered the animated family comedy Duncanville, from Golden Globe winner Amy Poehler (Parks and Recreation, Saturday Night Live) and Mike and Julie Scully (The Simpsons, The Carmichael Show), all of whom are co-creators and executive producers on the series.

Written by Mike and Julie Scully, Duncanville will feature the voices of Poehler, who will star as two characters, Emmy Award nominee Rashida Jones (Parks and Recreation, Angie Tribeca) and Golden Globe nominee Wiz Khalifa (American Dad!, BoJack Horseman). Thirteen episodes have been ordered, and the series is set to premiere during the 2019-2020 season.

The series centers on the life of Duncan, a spectacularly average 15-year-old boy, his family and friends. Poehler will provide the voice of Duncan and his high-strung mom, Annie, who is constantly trying to prevent her son from ruining his life.

“Duncanville is one of the freshest animated concepts we’ve seen, and has an insane pedigree of comedic talent across the board,” said Michael Thorn, President, Entertainment, Fox Broadcasting Company. “We’ve enjoyed a long, incredible run with Mike and Julie, and everything Amy does is pure genius. Having the voice talents of Rashida and Wiz join her makes this show the complete package. I can’t wait to have them all together when we add Duncanville to our growing animated slate.”

Produced by 20th Century Fox Television and Universal Television, Duncanville was co-created by Mike and Julie Scully and Amy Poehler, through her Paper Kite Productions, who executive-produce with Dave Becky of 3 Arts Entertainment.