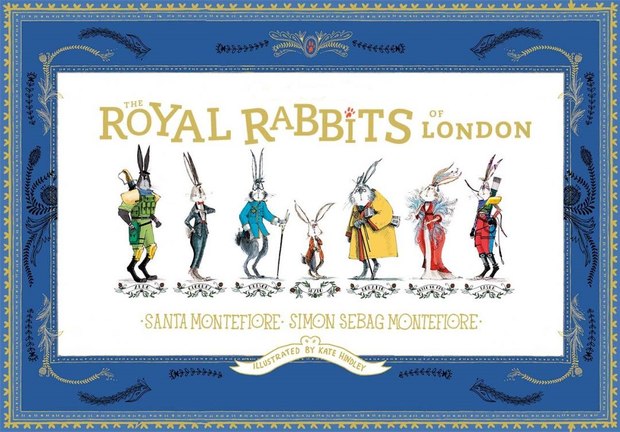 “The Royal Rabbits of London” is the first children’s book from Santa Montefiore and Simon Sebag Montefiore.

Fox Family is prepping children’s book The Royal Rabbits of London as a hybrid CG-animation/live-action feature film, Variety reports. Screenwriter Will Davies, whose credits include Flushed Away, Puss and Boots, How to Train Your Dragon, and the forthcoming Abominable, has been hired to write the script. The Royal Rabbits of London is based on the 2016 children’s book written by husband-and-wife team Santa Montefiore and Simon Sebag Montefiore, who will both serve as executive producers alongside Fox’s Vanessa Morrison and Ralph Millero. There’s no word yet on where the animation will be produced.

The story introduces the Royal Rabbits of London, who have secretly protected England’s Royal Family for centuries. When a small country rabbit uncovers an devious plot against the royals, he travels to London to warn the protective order.

Inspired by their children, Sasha and Lily, “The Royal Rabbits of London” is the couple’s first children’s book. Santa Montefiero has written several novels including “The Italian Matchmaker,” “The Affair,” “The House by the Sea,” “The Summer House,” “Secrets of the Lighthouse,” “A Mother’s Love,” and “The Beekeeper’s Daughter.” Simon Sebag Montefiore has written several non-fiction books on Joseph Stalin and other historical figures including The Romanovs and Catherine the Great, as well as historical fiction including  “One Night in Winter,” “Sashenka,” “My Affair With Stalin,” and “King’s Parade.”